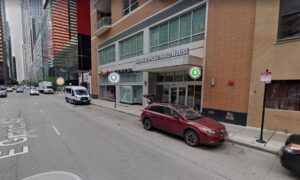 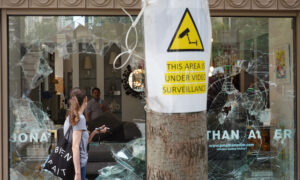 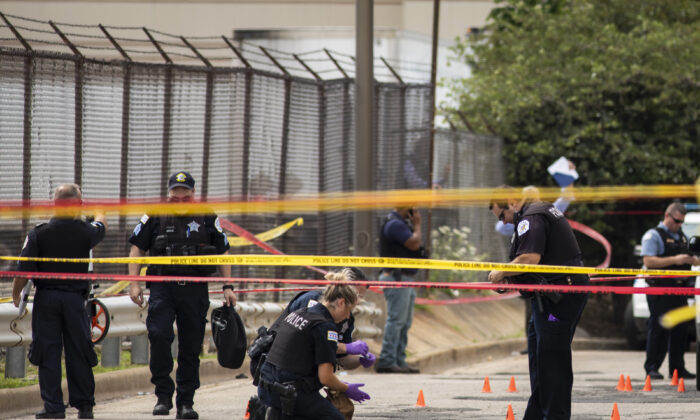 Chicago Police investigate at the 25th District station on the Northwest Side, after several officers were shot outside the station, Chicago, on July 30, 2020. (Ashlee Rezin Garcia/Chicago Sun-Times via AP)
US News

64 Shot, 5 Fatally, Across Chicago Over the Weekend: Police

Chicago police confirmed five people are dead and at least 59 others were shot across the city over the weekend.

Officials told the Chicago Sun-Times that a man was shot to death and two others were injured in the latest incident, which occurred at around 12:50 a.m. on Monday morning on the Southwest Side.

Another man was shot and killed in the Avondale neighborhood on the Northwest Side, officials told the Sun-Times.

Another man was also killed at Homan Square on the West Side. He was later identified as 18-year-old Tamyreon Jordan, who was found lying on the sidewalk with several gunshot wounds.

A day before that, a man was shot and killed in Morgan Park on the Far South Side, officials told the paper. He was identified as 28-year-old James Curry.

Officials also said that a 12-year-old boy and six teenagers were shot in all across the city, authorities told ABC7.

Chicago Mayor Lori Lightfoot, a Democrat, previously said that 1,000 officers would be sent downtown after a round of looting incidents at businesses and neighborhoods.

“Whether it’s in our downtown commercial district or in one of our other 77 neighborhoods, there can never be any place in Chicago where businesses are afraid to open, where residents and visitors are afraid to travel and shop,” Lightfoot said, according to ABC7.

According to the latest crime statistics, more than 470 homicides have been recorded so far in Chicago in 2020. Meanwhile, more than 2,500 people have been shot.