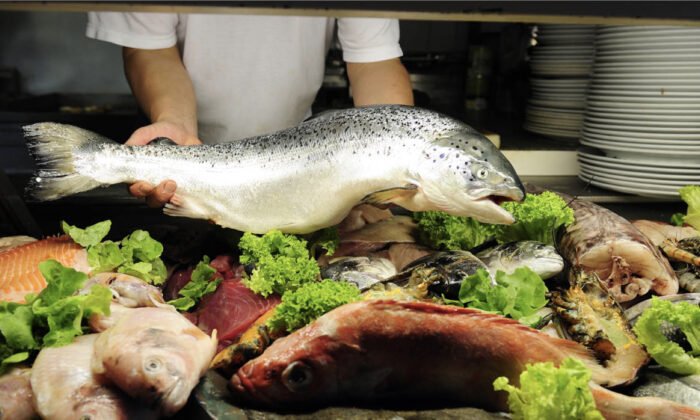 A 63-year-old woman recently felt unwell after consuming Hybrid Grouper. She developed symptoms that include abdominal pain, diarrhea, numbness of the limbs, nausea, and vomiting. It turned out that the fish contained ciguatoxins.

Since ciguatoxins are very heat-resistant and cannot be removed through cooking or processing, eating fish with ciguatoxins can affect both nerve and muscle functions.

The Centre for Health Protection (CHP) reminds the public to pay attention to the types and which parts of the fish they eat. In addition, they should avoid drinking alcohol, or eating peanuts or beans at the same time.

The CHP said that the 63-year-old woman bought “Hybrid Grouper in Two Dishes” at a Roast Goose Specialty Restaurant in San Po Kong, Hong Kong to eat at home on Aug. 13.

Symptoms of “ciguatera poisoning” appeared after about five hours, which included abdominal pain, diarrhea, numbness of limbs, nausea, and vomiting. After receiving treatment at the Emergency Department of Queen Elizabeth Hospital on Aug. 14, her conditions are now stable.

The CHP pointed out that ciguatera poisoning is not uncommon in tropical areas, and it is mainly due to the consumption of large coral fish. These large fish eat small fish in coral reef waters, and since small fish eat poisonous algae, these toxins also accumulate in the body of large coral fish, especially inside the internal organs. The larger the fish, the poison content may also be higher. However, it is not easy to tell whether or not the fish contains toxins just from its appearance.

A spokesman from the CHP said that most patients suffering from ciguatera poisoning recover without long-term sequelae. However, ingesting too many toxins can still affect the circulation and nervous systems. Also, cooking does not break down these toxins.

Ciguatoxins are a group of heat-resistant, fat-soluble compounds. They are produced by marine plankton Gambierdiscus toxicus. The plankton lives in the oceans between 32°N and 32°S latitude, and the ciguatera fish are confined to patches of oceans in this area.

Investigations by the Centre for Food Safety and the industry have found that the most common fishing areas affected by ciguatoxins are the Nansha Islands, Kiribati, and Hainan Island. The fish involved are usually larger fish from 0.6 to 3 kilograms (1 to 5 catties).

The feed eaten by farmed fish is rarely contaminated with ciguatoxins and is therefore unlikely to contain ciguatera.

Internal organs, liver, and genitals have the highest levels of toxins.

The content of toxins in the viscera, liver, and genitals of ciguatoxin-affected fish can be 50 to 100 times higher than other parts, but the fish in question remains asymptomatic.

Toxins may affect muscles and nervous systems. Symptoms can last for years.

Symptoms can appear as soon as 30 minutes after eating ciguatoxin-containing fish, but they usually occur within 24 to 48 hours.

After that, the patient may experience symptoms such as numbness of the lips and limbs, itchy skin, reversal of hot and cold sensations, fatigue, muscle, and joint pain, etc. These symptoms persist for a longer period of time, sometimes even for years.

In severe cases of poisoning, the patient may experience low blood pressure, bradycardia, numbness, and difficulty in breathing. But death cases are rare.

To prevent ciguatoxin poisoning, the CHP reminds the public: