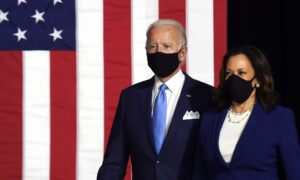 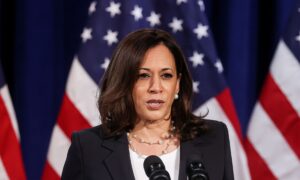 Harris: National Mask Mandate Would Not Be Enforced
0 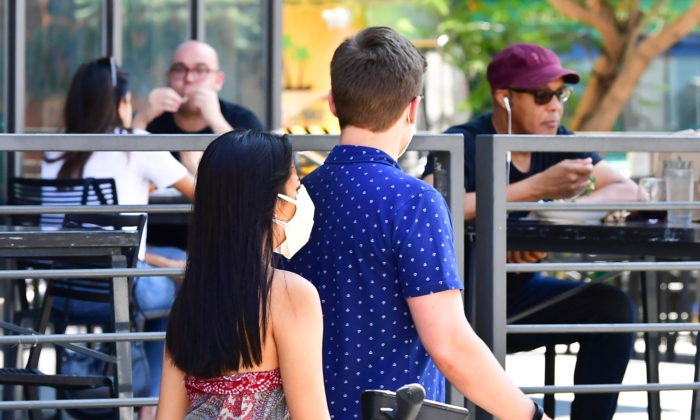 More than 6 in 10 Americans support a federal government order that would mandate people to wear masks while outside their home, according to an Epoch Times survey of likely voters conducted by Big Data Poll.

Democratic presidential nominee Joe Biden is promoting the idea of a national mask mandate. The poll found that 24.5 percent of likely voters oppose the idea, while 12.8 percent are undecided.

Support for a universal mask mandate is stronger among Democratic voters, 80 percent of whom back the idea, compared to 53 percent of Republican voters.

Big Data Poll interviewed 2,169 likely voters nationwide from Aug. 26 to Aug. 30, sourced via voter file-verified online survey panels. The sampling error is plus or minus 2.1 percent at a 95 percent confidence interval that projects the electorate at 145 million voters. The results were weighted based on gender, age, race, education, and region.

The Biden campaign is focused on President Donald Trump’s handling of the COVID-19 pandemic as its main line of attack on the president. The Biden campaign’s statements on other issues regularly dovetail into criticism of the president’s pandemic response. In a recent example on Sept. 1, Biden’s statement on Trump’s visit to Kenosha, Wisconsin, which experienced violent rioting last week, pivoted to the pandemic.

“Kenosha is in pain, not only from the tragedy of senseless violence, but from the immense and avoidable suffering wrought by the Trump administration’s failed and reckless management of the COVID-19 pandemic and the economic devastation that has followed,” Biden said.

“We didn’t hear a word about a plan to finally control this crisis, which has taken the lives and livelihoods of millions of people across the country and throughout the state of Wisconsin.”

Trump and members of his administration are regularly tested for the CCP (Chinese Communist Party) virus and often forgo wearing masks. While no direct evidence exists to establish that masks stop the spread of the virus, dozens of observational studies offer circumstantial evidence that this may be the case.

A plurality of the survey respondents (46.6 percent) said they trust Biden more than Trump to handle the pandemic, the poll found. Only 33.9 percent said they trust Trump to do a better job on the outbreak.

The CCP virus, commonly known as the novel coronavirus, ranked as the second-most-important issue in the 2020 election, topped only by the economy and jobs, according to the survey.

More than 185,000 people have died due to COVID-19, the disease caused by the virus, in the United States.

Under Trump’s leadership, the nation outpaced the rest of the world in testing and overcame early shortages of critical supplies and equipment, including ventilators.

Democrats nevertheless say the president could have done more to stop the spread of the disease. Biden’s proposals for handling the pandemic roughly mirror what the Trump administration has already executed, with the notable exception of a nationwide mask mandate.

Trump has generally delegated decisions about masks and lockdown measures to governors, given that different states are affected by varying degrees of intensity by the pandemic. More than 30 states had mandatory mask orders in place as of mid-August, according to a tally maintained by Heavy.com.