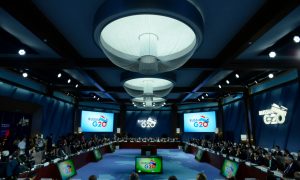 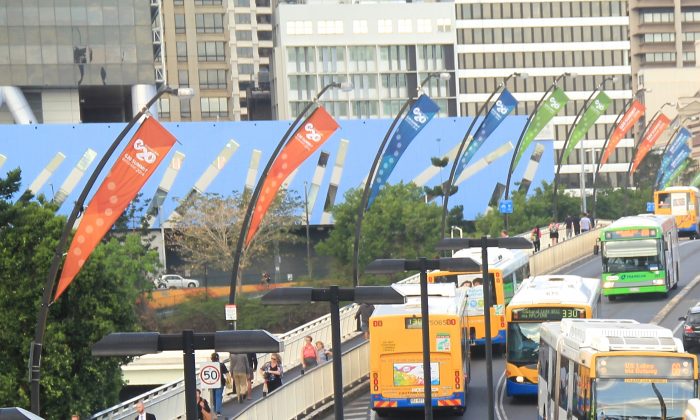 BRISBANE, Australia—As security tightens and thousands of police descend on Brisbane for the upcoming G20 Leaders’ Summit, organisers of a parallel People’s Summit have accused authorities of fear mongering and restrictions on freedom of expression.

Queensland Police have already banned two people for fear of violence and have suggested more people may be banned as the event draws closer.

Robin Taubenfeld, spokesperson for the Brisbane Community Action Network (BrisCAN-G20), says authorities and local media are unnecessarily perpetuating the notion of violent protest in the lead up to the G20 summit.

“A response to the G20 isn’t necessarily a protest action,” she said.

Organisers of the People’s Summit, BrisCAN is a network of groups concerned about the environmental and social issues surrounding the G20. Activities planned during their three day symposium Nov 12 -14, include forums, discussions, performances and prayer meetings. It will culminate in a People’s March and Rally November 15.

The Group of Twenty (G20) summit brings together the leaders and finance ministers of 19 countries plus the European Union. It is primarily focused on the global economy.

The People’s Summit is also concerned with economic issues but of quite a different kind. Topics for discussion include growth versus sustainability, climate change, social justice and inequality.

“All the things the G20 is not talking about,” Ms Taubenfeld said

These are concerns held by the average citizen, she said. A meeting with so many leaders provides the opportunity to work cooperatively on “global solutions to global crises”.

“They have the capacity to turn climate change around if they want to and that is what we need to demand,” she said, adding, “It is unacceptable that anyone who is concerned about that is being portrayed as the lunatic fringe.”

They will be accompanied by an estimated 4000 delegates and 3000 representatives from international and local media.

“The summit is the largest peace-time security operation in Australia’s history,” she told a community meeting in Brisbane last week.

Police have been granted “additional powers” under a new law, the G20 (Safety and Security) Act 2013, which was passed by the Queensland Parliament in October last year.

Over 6000 police have been recruited for the three day period including 1500 police from New Zealand.

“There will be a significant police presence in Brisbane during the summit, and be reassured that we are planning for every possible contingency and obviously hoping for the best case scenario” Assistant Commissioner Carroll said.

In the lead up to the event, the Brisbane CBD has endured regular military exercises including Black Hawk helicopter flights, swat team patrols patrolling the Brisbane River and road closures for motorcade practice to and from the airport.

While cultural events, live performances and street theatre have been organised for the weekend, many areas of the city will be in lockdown: declared zones allow limited access while restricted zones will be totally off limits and separated with physical barriers.

Transport will be restricted and major roads in and around the CBD will be closed.

A public holiday has been granted for Friday November 14 and many locals are leaving town for a long weekend.

Amid the threat of rogue terrorists, local media have reported that some anarchist groups may use what is known as Black Bloc tactics which entail face covering and violence. These tactics were used in protests in the lead up to the G20 in Toronto in 2010.

Ms Taubenfeld says the fear of violent protest is over-done. She accused authorities of contradictory messages, signalling on the one hand that there is freedom of expression and on the other had heavy repercussions.

“Their actions and their increased powers, the six thousand police, the constant media making with the photos of police in riot gear and the language has been sanctioned. It certainly discourages people from their right to demonstrate,” she said.

Ms Taubenfeld said security threats created by G20 action in the Middle East were more of a concern than local community groups.

“The US, with Australia, is at war! Those are things that increase security threats, not people exercising their right to democratically express their political concerns,” she said.