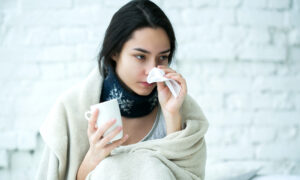 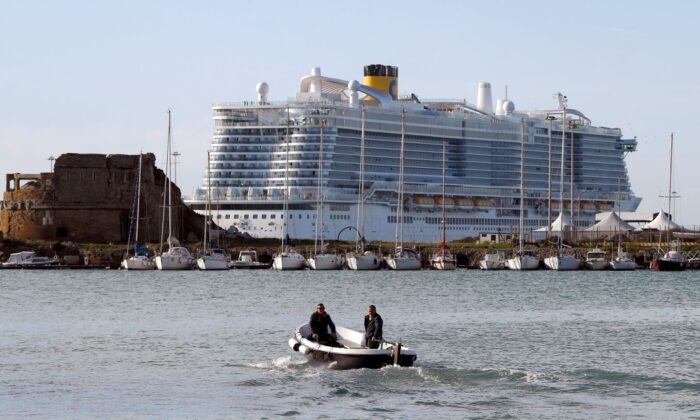 A Chinese cruise ship passenger who was suspected of having coronavirus, which has prompted quarantines and lockdowns in several cities in China, do not have the virus, said the Italian Ministry of Health on Thursday.

The health agency confirmed the development on its website, saying the “cruise ship samples [are] negative.” CNN, citing the ministry, reported that the patients had the H1N2 flu virus.

The incident prompted Costa Cruises to investigate the matter while local officials held the ship at the port and didn’t allow passengers to disembark, according to a spokesperson for the mayor’s office.

A Costa Cruises spokesperson told Epoch Times that a “sanitary protocol has been activated for a guest” on the Costa Smeralda, docked off the coast of Civitavecchia, adding that the person is of Chinese origin.

She was placed “isolation on the onboard hospital since last night together” with her travel mate.

“As soon as the suspected case was detected, the medical team on board immediately activated all the relevant health procedures to promptly isolate and manage” the case, according to the cruise liner.

“All the other passengers are, at the moment remaining on board,” another spokesperson told CNN, adding to it and Reuters that the Costa Smeralda is being held off the coast of Italy. According to reports, around 6,000 to 7,000 people are on board.

Cruise line spokesman Davide Barbano said that 114 Americans are currently on the ship.

The cruise ship first “came from Palma de Mallorca and is currently engaged in one-week cruises in the western Mediterranean,” the company said to the AFP news agency. A company spokesperson told Reuters that no one is being allowed off the ship while medical checks are being carried out.

Italy’s Prime Minister Giuseppe Conte, in a statement, said his government is “not worried, but vigilant and cautious,” AFP reported

Civitavecchia Mayor Ernesto Tedesco also issued a statement and said the suspected coronavirus case at the port “is under control.”

“From this morning I am in continuous contact with the health and maritime authorities … We are following all the protocols and we are constantly monitoring the case,” he said.

Italy’s maritime authority agreed to place a hold on passengers after the mayor requested it, said Patrick Vignola, a spokesman for the mayor.

“The mayor himself does not have the authority to overrule decisions by the port authority,” Vignola told NBC News. “Nevertheless, once we learned that more than a thousand passengers were going to be allowed to disembark, he sent a request to the health ministry, the port authority and health authority to keep all passengers on board until the result of the tests clears the suspicion of coronavirus.”

Vignola added: “He did that because as a mayor he is responsible for the well-being of his citizens, and worried port workers were asking him, `How do we know we are safe?’ We are glad the authorities listened to our plea.”

The development comes as American citizens who were evacuated from virus-hit Wuhan have voluntarily stayed at a California air base to undergo medical evaluations. At least 19 countries have reported cases of coronavirus infection, while the U.S. Centers for Disease Control and Prevention warned against nonessential travel to China.

The State Department has also advised U.S. citizens to “reconsider travel” to China and avoid going to Hubei Province, of which Wuhan is the capital.

The ship is operating seven-day cruises in Civitavecchia, La Spezia, Savona, Marseille, Barcelona, and Palma de Mallorca, according to the company.

Civitavecchia is located about 50 miles north of Rome, the capital city.