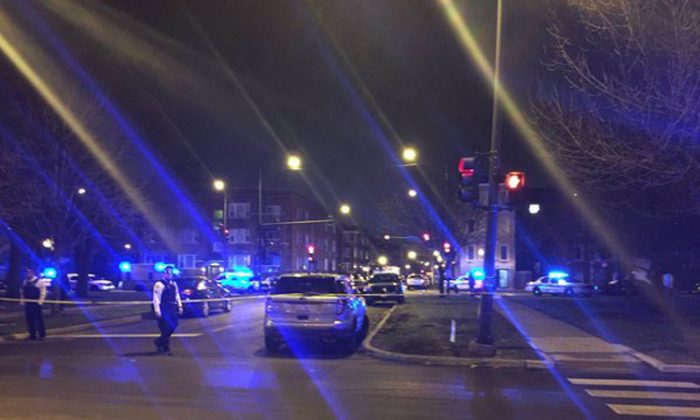 60 People Shot in Chicago Over Fourth of July Weekend

CHICAGO  — Chicago police flooded the streets with thousands of officers and took dozens of gang members into custody over the July 4 weekend. Fewer people were shot to death, but more suffered gunshot wounds than over the same holiday weekend last year.

There had been widespread fear in some of Chicago’s most dangerous neighborhoods that the holiday weekend could be particularly bloody following a June in which about 15 people were shot a day.

The totals don’t represent a dramatic spike in the violence, but they also don’t suggest the violence is easing.

Among the injured were three children, according to NBC Chicago. Two children—9-year-old Corey Bondurant and 5-year-old Taniyah Williams—were playing with fireworks near the 5500 block of South Hermitage at around 11 p.m. when someone opened fire, according to witnesses and the Chicago Police. A 30-year-old woman and 19-year-old man were also injured. Both were shot in the leg in what appears to be a gang-related shooting.

An 11-year-old boy was also injured in a shooting on Chicago’s Lower West Side on Monday evening, officials told WLS-TV.