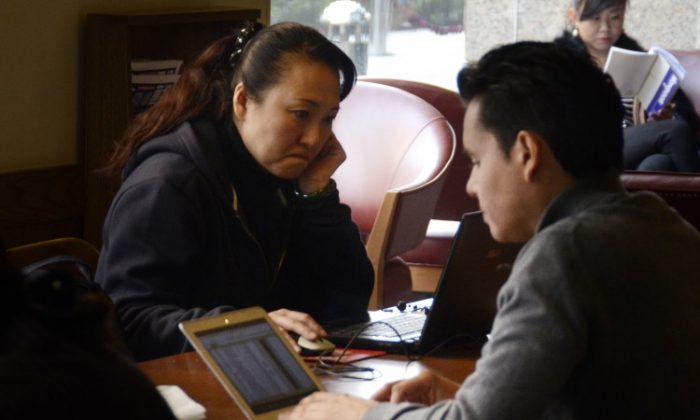 Chinese people use their laptop computers at a cafe in Beijing on Nov. 2, 2012. (Wang Zhao/AFP/Getty Images)
Tech

6 Years at Internet Cafe: Chinese Man Has Done It

A gamer in China has spent the past six years at an Internet gaming cafe in northeastern Jilin Provine.

Business Insider and other media cited a report from Xinhua News, the Communist Party-run mouthpiece, as saying that Li Meng has spent nearly all that time in a cafe in Changchun.

“No matter what was said, he refused to communicate with anyone else. I consulted the cafe owner, who simply explained that having been there for so long, they barely noticed his presence, and found him to be straightforward and of little annoyance,” a reporter from Xinhua was quoted as saying by That’s Magazine.

“He generally comes at night to play the game, gets sleepy during the day and sleeps here. From time to time will be out to take a bath,” one person, who was not named, said of the man’s situation, according to Business Insider.

However, some of the cafe’s owners were worried about the man.

“The manager of the cafe supposed his income to be considerably higher than the young gamer had told him [the diamond-studded joystick was a giveaway] but he was not willing to reveal any further details, nor was anyone willing to press him further,” according to That’s Magazine.

Over the past few years in China, gaming has skyrocketed, with many Chinese playing massively multiplayer online role-playing games (MMORPGs), including World of Warcraft.

In January, a Chinese father paid an in-game “hitman” to kill off his son’s characters because he wanted to push him to find gainful employment. The son, named Xiao Feng, reportedly said that the time: “I can play or I can not play, it doesn’t bother me. I’m not looking for any job—I want to take some time to find one that suits me.”