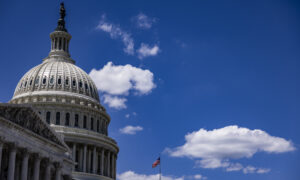 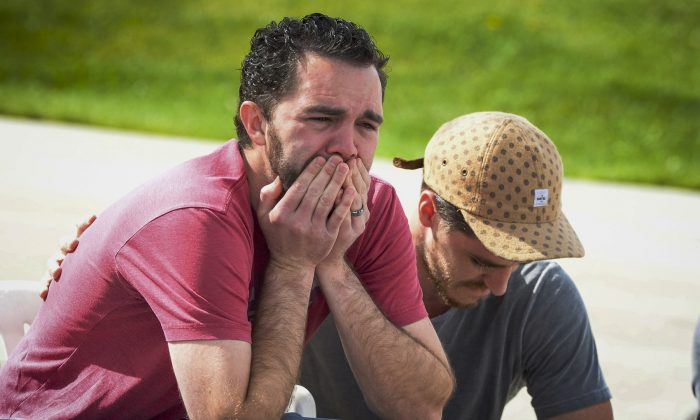 Rusty Page, foster father to Lexi, 6, is comforted by Graham Kelly after getting the news that family services will come to take Lexi away outside his home in Santa Clarita, Calif., Monday, March 21, 2016. Lexi, who spent most of her life with California foster parents, was removed from her home on Monday under a court order that concluded her native American blood requires her placement with relatives in Utah. (David Crane/Los Angeles Daily News via AP)CREDIT
US

An obscure law is being used in a California child custody case.

Under the Indian Child Welfare Act, passed in 1978, Lexi should be with an “American Indian family.”

The law has prompted authorities to remove Lexi from her white foster parents, Rusty and Summer Page of Santa Clarita.

Officials determined that Lexi is 1/64th Choctaw based on her birth father’s ancestry, despite his never living on a Choctaw reservation and having no ties to the tribe.

Don’t let them take me!
— Lexi

He and her birth mother have both struggled with substance abuse, leading her to be placed in December 2011 with the Pages, who have three other children.

But in 2011, extended family in Utah became aware of Lexi and expressed “interest in adopting her,” according to court documents cited by NBC. Lexi is related to the couple through her step-grandfather. The couple is not Native American.

A ruling in 2014 enabled the Pages to keep Lexi but a new decision by the Los Angeles County Department of Children and Family Services says Lexi should go to the Utah couple.

Please search deep into your heart and soul and do what’s best for Lexi. Do the right thing and bring Lexi back home.
— Rusty Page, Lexi's family

Protesters have been at the Pages’ home and prevented officials from taking Lexi, who cried out “Don’t let them take me!”

But she was ultimately taken on Monday afternoon.

“Our family is so incredibly devastated. Our hearts are broken and we are trying to make sense of everything that has happened with our three other children who witnessed their sister Lexi forcefully ripped away from our family by strangers. But nobody could possibly be more devastated than our 6-year-old daughter who found herself restrained in a car and driven away to go and live in a foreign place hundreds of miles from her family, friends, teachers, home and life,” the family wrote in a statement published online.

“Let me speak directly to the people who took our daughter and who have her now. Please search deep into your heart and soul and do what’s best for Lexi. Do the right thing and bring Lexi back home. Do not keep her one more minute. Do not force her to spend one more night away from us and her siblings. Look her in the eyes and just ask her what she wants. She will tell you she wants to go home. I’m begging every American within the sound of my voice to help us bring Lexi back home.”

A Change petition has garnered tens of thousands of signatures.

The Choctaw Nation, though, has expressed agreement with the decision.

“The Choctaw Nation desires the best for this Choctaw child,” it said in a statement obtained by KTLA. “The tribe’s values of faith, family and culture are what makes our tribal identity so important to us. Therefore we will continue to work to maintain these values and work toward the long-term best interest of this child.”