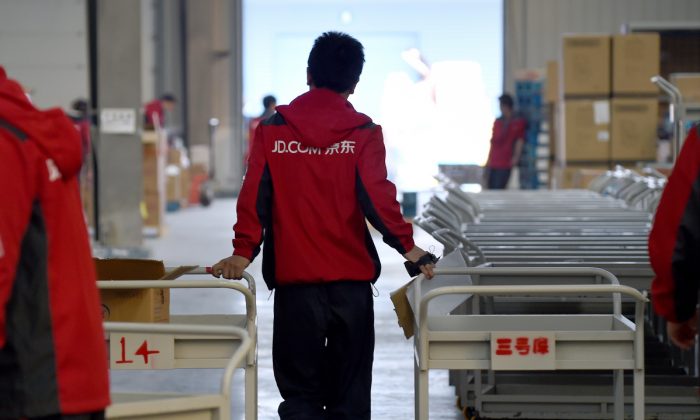 A six-year-old boy spent up big buying everything he could in his mother’s online shopping cart when all he wanted was to sneak some snacks for himself, according to Chinese state-run media Xinhua News.

The goods were all delivered to the family in China’s Anyang City in Henan Province. The boy purchased the products on July 11, and the returns were still being processed as of July 16.

“This is making me crazy! That bear child took advantage of me not watching [him],” the boy’s mother posted on Weibo, China’s version of Twitter. ‘Bear child’ is a phrase used in China for misbehaved and spoiled children.

JD.com is a giant online retail platform in China that is similar to Amazon in the United States.

On the evening of July 11, Guo’s wife was alone with their son. She decided to take a shower before going to bed and left their boy alone in the living room.

According to Xinhua News, he grabbed her phone and found his way into an online store his mother used. Guo said that the boy might have secretly watched her put in the password.

The boy had decided he wanted to buy some snacks and small posters. He stealthily added them to the cart, but then when it came time to purchase, he chose to buy everything.

She had chosen many items to put into her online shopping cart, including expensive entertainment for children as well as a 40 square meter (430 square foot) children’s play castle.

“There’s an interior playground and a coin-operated rocking car; I can’t believe it.

“I haven’t done anything for these two days except return orders,” she said.

The family had received texts confirming their purchases but it was too late. All of the products were already on their way.

“That’s the same as two months’ salary,” he said, according to Xinhua News.

Fortunately, the family was able to return most of the goods to the individual retailers.