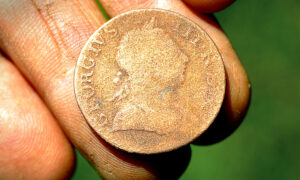 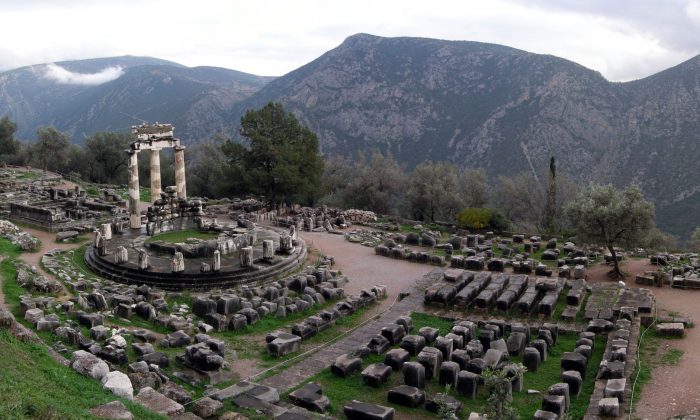 In the past decade there has been a quiet revolution in archaeology, virtually allowing archaeologists to see through the ground without digging. Advances in geophysics, soil chemistry and remote sensing are speeding up the discovery of ancient sites and helping archaeologists understand them on a global scale.

Below is our list of the top six of these techniques. While each is valuable on its own, the future will lie in combining them—possibly one day creating a GPS-linked virtual reality that will take the observer below the ground.

While you won’t find actual artifacts in this way, and cannot date what you see, this approach is much more sustainable than actually digging and possibly risking damaging objects. Instead, it leaves the buried archaeology for future generations when techniques of excavation might be even better.

Satellite imagery such as Google Earth, Microsoft’s Bing and Nasa’s World Wind has made it possible to zoom into even the most remote corners of the globe to locate sites. By helping to spot things like settlement mounds or enclosures, it can help draw attention to places where such sites may be found. Aerial photographs have been used in this way since the 1930s, but these were typically difficult to access. The universal availability of Google Earth has therefore made it a fantastic tool for professional and citizen scientists alike. However there are many pitfalls in interpretation of satellite images that can only be resolved on the ground.

Archaeological sites often leave surface traces of what is buried beneath the soil. We have long labored in manually mapping elusive “humps and bumps” often using hachures, a form of representation invented in 1799. Now Light Detection and Ranging (LIDAR) technology produces detailed three-dimensional maps of the Earth’s surface in a fraction of the time. In principle working like a table scanner but operated from a plane, laser beams are directed to the ground, while connected to an accurate GPS and an inertia measurement system, generating a point cloud image of the ground surface. One advantage of LIDAR is that it can often see through vegetation, locating sites otherwise obscured by woodland or tropical forests.

Archaeologists have been using drones for a number of years to capture sites from the air. Before that, we used a variety of homemade kites, helium balloons and model planes—filling the gap between aerial photographs and images taken from the top of Landrovers and shaky ladders. Drones can take photographs in low light and in frost and snow conditions when the archaeology can better visualized. One particular application is to mimic LIDAR, by taking overlapping vertical images, and with ground control (typically paper plates at fixed points) it is possible to generate three-dimensional point cloud imagery, using standard software packages. In the not too distant future it will be possible to mount LIDAR directly onto drones.

Geophysical techniques can help locate targets to investigate. Soil resistivity for example is a measure of how much the soil resists the flow of electricity. It can uncover differences in soil moisture to reveal buried structures and can reliably range up to around 1.5 meters in depth. However it is slow, as probes have to be inserted into the ground at regular intervals, but it can produce highly detailed results. Magnetometery measures the intensity of the earth’s magnetic field. This can reflect the pattern of archaeological features created through either burning, or by soil bacteria that can leave magnetic traces in the soil. It is a fast technique, and has proven especially good for desert sites, such as in ancient Egypt. Recently, sensitive magnetometers with multiple sensors, mounted on a cart and linked to GPS, are capable of surveying many hectares in real-time a day and revealing entire landscapes, such as those around Stonehenge.

Traces of feces from both humans and animals around ancient settlements can stay in the soil for millennia. It has long been known that by recording patterns of heavy metals in the soil, it may be possible to locate these ancient sites. This is especially important if there are little or no artifacts left behind. One way to carry out such measurements is by collecting samples and analyzing them in the lab. But in the last few years, portable X-ray fluorescence spectroscopy measurers (pXRF) have become available, enabling rapid in-the-field recording of samples. They work by emitting X-rays that the atoms of the sample absorb. This boosts the energy of the atoms, which in response emit secondary x-rays at a unique energy that reveals the elements the sample is made of.

When ground penetrating radar, which uses radar pulses to image the ground, was first applied to archaeology in the early 1980s, it was believed to be the answer to many problems in archaeology. But while the technology gradually improved, archaeologists were not impressed. The early use of such radar produced sections through the deposits. However, there were endless cases of false positives. Recently, software has come to the rescue of the technology, by allowing three-dimensional modeling, making visualization much more reliable. One advantage of ground penetrating radar is that it works in confined spaces and through hard surfaces. But interpreting the results remains a problem. Be very skeptical of hidden Egyptian tombs and Nazi trains.