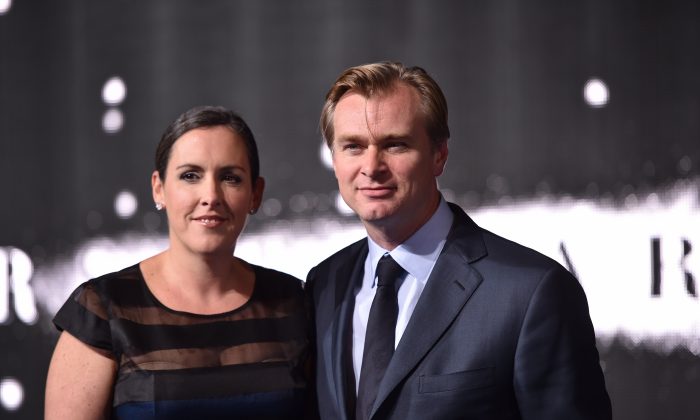 1. “Interstellar” is a family effort

Director Christopher Nolan wrote the film with his brother Jonathan Nolan, and his wife Emma Thomas produced it. Fans should be expecting all the usual shockers from this collaboration who also worked all together on “The Dark Knight” and “Memento.” Although the usual director of cinematography Wally Pfister will be missing, he will be replaced by Hoyte Van Hoytema.

2. ‘Interstellar’ will be doing more than just entertaining

It’s the first time that the work of theoretical physicist, Kip Thorne, will be introduced to the public. Thorne’s work is based on a theory known as the Einstein-Rosen bridge which states that, wormholes (tunnels which allow people to travel across different planes of the space-time continuum) exist. Although you might remember mention of the Einstein-Rosen bridge from “Thor,” this movie will take the theory literally. Apparently Stephen Hawking lost a bet with with Thorne when trying to disprove the theory which cost him a year’s subscription to Penthouse. Someone has yet to disprove or prove the theory of wormholes.

3. The “Interstellar” script was on Spielberg’s desk collecting dust since 2006

At the time, Oscar-winning director Steven Spielberg announced that he would direct a film about “a group of explorers who travel through a worm hole and into another dimension,” following a treatment by physicist Kip Thorne and producer Lynda Obst. Some time later, Nolan was brought onto the team and suggested that they add a dimension of time to the movie, including Hollywood’s  and so the process began.

4. Filming locations include Canada and Iceland

“Interstellar” was filmed in Fort Macleod, Alberta, Canada and in Iceland. This is said to be the biggest Christopher Nolan film to date. (Nolan was the brains behind “The Dark Knight,” “Batman Begins,” and “Inception” to name a few).

5. Executive Producer for the film is theoretical physicist Kip Thorne

Director Christopher Nolan worked closely with theoretical physicist Kip Thorne who became the executive producer and scientific adviser of the film. Thorne is now writing a companion guide “The Science of Interstellar” to accompany the film, which will include some science of the film and background information on Nolan’s work. Nolan himself will provide a foreword for the guide. “The Science of Interstellar” will be released on November 7, the same day that the movie hits theaters. Another text that will accompany the film is Mark Cotta Vaz’s “Interstellar: Beyond Time and Space.”

6. Composer Hans Zimmer didn’t know the theme of the film before composing

Because director Christopher Nolan likes to keep his movies super secretive until the very last moment before the release date. Often he even keeps the actors wondering what the closing act is. For “Interstellar,” composer of the score, Hans Zimmer, did not know that the film had anything to do with the outer space. He was only given one page of notes about the relationship between a father (Matthew McConaughey) and daughter (Mackenzie Foy).

If you’re looking for films in the same kind of intellectual category, the “Interstellar” website recommends:

All information was taken from official Interstellar movie website www.interstellar-movie.com.