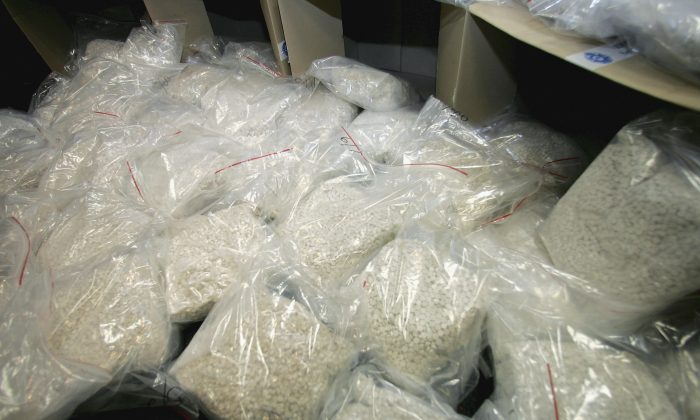 6 Things Everyone Should Know About ‘Molly’

Twelve people, including 10 college students, were hospitalized over the weekend after taking “Molly,” or MDMA, at Wesleyan University in Connecticut. So, what is Molly and why have health experts issued warnings about taking the drug?

Molly is generally slang term for pure MDMA (methylenedioxymethamphetamine), which is a synthetic psychoactive drug. The Schedule I drug is known as “ecstasy,” “E,” or “X.” However, Molly is often cut with similar synthetic chemicals like MDA as well as “bath salts” like methylone, MDPV, and mephedrone, which has led to confusion.

It’s a designer drug, which means “people make it themselves and, as a result, they’re putting all types of different ingredients in it. So the reality is that when you get Molly, you don’t really know what’s in it at all,” Dr. Deni Carise, Chief Clinical Officer for Recovery Centers of America, commented via email.

“Usually it’s got a very high level of synthetic stimulant and synthetic psychoactive ingredients, much more so than Ecstasy or other drugs. This is always a problem with designer drugs since you basically have amateur chemists making these out of the ingredients that are most easily available to them,” Dr. Carise added.

“Molly acts like a stimulant similar to cocaine and also increases the release of serotonin. Its action as a stimulant increases blood pressure, heart rate, and body temperature all of which can cause serious medical problems such as heart attacks and strokes,” says John Douglas, MD, with Silver Hill Hospital in New Canaan, Connecticut.

3. The adverse affects of Molly

Many health experts warn about serious the negative effects of Molly.

“Molly can cause very high body temperature and very rapid blood pulse—kids this age can actually pass out or have strokes,” Dr. Carise says.

She notes that “the fact that amateurs are making this drug makes its potency unknown and that may make it most dangerous for overdose. While people don’t typically take enough Molly to go on to develop an addiction, its unknown ingredients make it hugely dangerous. So while it’s more of a club drug or party drug that people use on occasion, the chances of overdose are still really high.”

4. The drug is often consumed at parties, which can compound problems

MDMA has long been part of the “rave” and club scene.

“In short Molly is often considered a safe party drug, but this is absolutely not true. It’s use often results in medical emergencies and can be fatal,” says Dr. Douglas.

“Elevated body temperature is a well-known side effect of Molly which is worsened by when people take this drug at raves and dance all night. The elevation in temperature can progress to cause blood clots to form throughout the body in a condition known as disseminated intravascular coagulation, which results in both liver and kidney failure.”

He adds: “Another well-known complication from using Molly is a rapid drop in blood sodium levels, known as hyponatremia. This is very dangerous because it can cause serious neurologic problems such as seizures, confusion, cerebral edema, and death.”

There have been reports that people are selling the aforementioned bath salts—methylone, MDPV, and mephedrone—as Molly, passing it off as MDMA. According to the U.S. National Institute on Drug Abuse, people have added bath salts to Molly, which makes for a dangerous drug cocktail.

Jeff Lapoint, with Kaiser Permanente in San Diego, said that MDMA leads to empathetic feelings, while bath salts “are potent stimulants and tend to induce paranoia and hallucinations. It’s like the worst combination: While they’re agitated, now they’re seeing things, too.”

“Molly is just a marketing tool,” Rusty Payne, a spokesman for the Drug Enforcement Administration, was quoted as saying. “It could be a whole variety of things.”

The reason why bath salts often appear in Molly is because MDMA is more difficult to manufacture.

6. UN says between 10 million and 25 million have used Molly

The United Nations World Drug report said that between 10 million and 25 million people have used Molly at least one time per year.