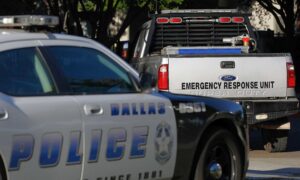 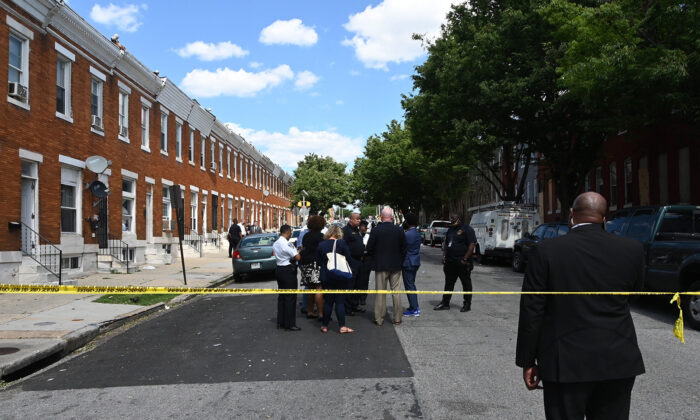 By Christine Condon and McKenna Oxenden
From The Baltimore Sun

BALTIMORE—Six people were shot in West Baltimore Wednesday afternoon, and one person has died, police say.

Baltimore Police officers responded to the 2100 block of West Lexington St. in the city’s Penrose/ Fayette Street Outreach neighborhood around 2:25 p.m. for a report of shots fired.

One officer was about a block and a half from the scene and responded within a few minutes.

Police believe the six people were on West Lexington Street when two to three others approached them and open fired at the intersection of Lexington and North Smallwood streets. Then, the suspects fled the scene.

Harrison called the incident “a very brazen, very cowardly act of shooting indiscriminately into a block, where they hit six people and could have potentially hit and killed many others.”

Levar Mullen, the Safe Streets supervisor at Penn North, said the shooting was “frustrating” and “upsetting.”

”Life is precious,” he said. “And that’s someone’s brother, sister or mother who was just shot and lost.”

The Safe Streets leader said him and his team plan to stick around until after the crime scene is cleared to talk with community members about ways to solve conflict without guns.

”We’re out here every day trying to make a difference,” he said.

The crime scene spanned at least three blocks, and dozens of officers, investigators and detectives roamed inside the police tape around 3 p.m. The neighborhood is a residential area, mixed with boarded up homes and several auto repair shops. Nearby is Grace Medical Center.