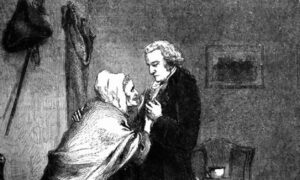 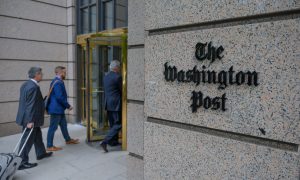 6 People, Including 5-Year-Old Boy, Shot Inside Barbershop in Washington

Police in Washington are searching for three men accused of going into a barbershop and opening fire, injuring six people, including a young child, according to the Metropolitan Police Department of the District of Columbia.

Four men, a woman, and a 5-year-old were counted among the injured victims, said officials.

“They all appear to be non-life-threatening,” Washington Police Chief Peter Newsham told reporters at a news conference. The 5-year-old required surgery after being shot in the hand.

Officials are looking or “two males wearing dark clothing” and a “third in blue jeans and red shoes,” the chief said. The three “got into a silver minivan and fled this location,” Newsham said.

MPD seeks the public’s assistance in identifying a vehicle of interest in reference to an Assault With Intent to Kill (Gun) offense that occurred on 3/6/20 in the 6200 blk of Dix St., NE.

Newsham said that detectives will now look through any video footage in the area.

Authorities said they believe 10 people were in Snap’s Styles Unlimited when the incident unfolded, according to NBC Washington.

Police don’t have a motive and are not sure whether the shooting was targeted or random.

Anyone who can identify the vehicle or has more information about the shooting can call (202) 727-9099 or text tips to the police department’s tip line at 50411.