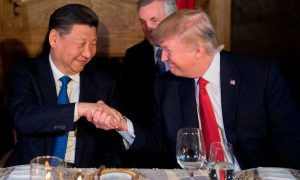 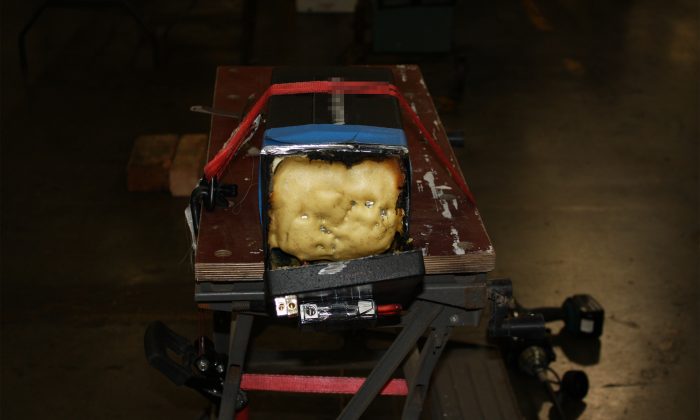 An international police probe has prevented the largest-ever shipment of ice to Australia by a major Mexican cartel, aided by outlaw motorcycle gangs members.

A “violent” Mexican cartel is one of several targeting Australia’s drug market, say local and international police who busted a record haul of ice headed to the country.

The seizure of 1.7 tonnes of the drug in California on Jan. 11 was also the biggest ever domestic seizure of methylamphetamine in the United States.

The quantity could have produced more than 17 million drug deals, with an estimated street value of about $1.29 billion ($910 million), police said.

“We have averted a tsunami of ice to Australia.

“By stopping this, we have ensured criminals will not profit from the immense pain these drugs would have caused our community.

“This historic seizure highlights just how important the U.S.-Australian partnership is in protecting Americans and Australians alike.

“I wish to thank our U.S. counterparts for their expert involvement in this investigation and strong support of our efforts to keep these drugs off Australian shores.”

It has led to six arrests in Victoria and New South Wales.

Police believe the Mexican cartel has links to Australian-based outlaw bikie gangs but would not give further detail.

“This is a serious warning. We now believe Mexican cartels are actively targeting Australia, they have been sending smaller amounts of ice over the years but this is now flagging the intent that Australia is now being targeted,” Mr Hill said.

“This cartel is among one of the most powerful and violent drug trafficking syndicates in the world.”

He said police dismantled a “very sophisticated operation” on Feb. 7, “averting a disaster for this country”.

“The Australian public who are consuming ice and other illicit drugs are assisting organised crime to flourish,” Mr Hill added.

“We continue to pay top dollar for drugs in this country. This is an absolute drawcard for organised crime.”

Police arrested six people on Feb. 7, allegedly involved with the U.S.-based organised syndicate behind the shipment.

Police executed 10 search warrants on Feb. 7 and Feb. 8 across six Melbourne suburbs, resulting in the arrests of a man, 31, and woman, 29, of Vietnamese origin, and American man, 52, and woman, 46.

Three of them are expected to face Melbourne Magistrates Court on Feb. 8. The maximum penalty for the charges they face is life imprisonment.

Three raids in Sydney on Feb. 7 led to the arrest of two men aged 25 and 31, and seizure of 2 kilograms of cocaine.

Five search warrants have also been executed in British Columbia in Canada where a significant quantity of suspected proceeds of crime have been seized.

The investigation began after police intercepted a vehicle in northern Victoria last year, where they found 25 kilograms of ice in the car, and the suspected was linked to organised crime with outlaw motorcycle gangs.

The matter was referred on, eventually leading to the international operation.

The investigation is still ongoing.

The previous record haul of meth seized in Australia was 1.3 tons in Western Australia in December 2017.