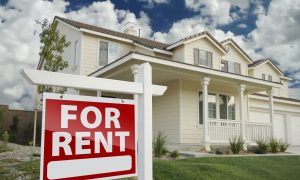 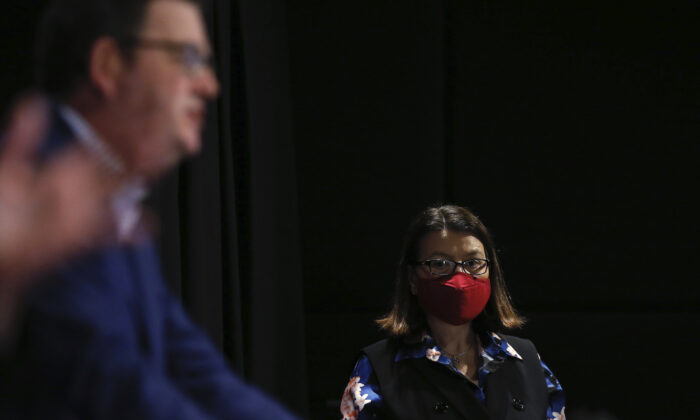 A controversial bill to extend Victoria’s state of emergency for six months amid the CCP virus pandemic was passed by the state Parliament on Wednesday.

Victorian Greens upper house MP Samantha Ratnam returned from maternity leave to cast the deciding vote for the government’s amended bill, which some MPs have complained was provided to them with less than 24 hours notice.

“I felt it was just too important that I had to be here,” she told reporters as she arrived at Parliament with 2-month-old Malala on Wednesday morning.

Premier Daniel Andrews originally sought a 12-month extension of the state of emergency powers, which allows the chief health officer to legally issue public health orders such as mandatory face masks and restrictions on movements, enforceable with heavy fines.

Crozier blamed the health minister’s handling of the outbreaks for the extension.

“The reason we are actually debating this is because of—let us not forget—the breaches in hotel quarantine and the catastrophic failures in contact tracing. No other state or territory in Australia is in this position, only Victoria, because of the oversight and the litany of failures that this minister has presided over,” Crozier told the state Parliament.

Liberal Democrats MP David Limbrick said the government had made no attempts to measure the harm they were causing as they subjected Victorians to a “living hell” that is destroying families.

He said he received harrowing calls from hundreds of people, one too distressing to share.

“There was the person who liquidated their business to put food on the table, nearly lost their house, and lost two friends from suicide in the space of one week,” Limbrick said.

He shared examples of people who put off weddings, a grandmother who was banned from visiting her first grandchild, a child who had stopped talking, people so depressed they cannot leave their houses, a schoolchild so depressed they refuse to eat, and a woman afraid that her son is a suicide risk.

The volume of calls was so great Limbrick advised his staff to take a break for their own well-being.

“All of this is not caused by the virus but by the government, which has fooled itself into thinking that police can beat a pandemic,” he said.

“They did not want the Australian Defence Force protecting our quarantine hotels. Instead, they chose incompetent, unprepared, and, as it turned out, randy security guards to guard people in the quarantine hotels,” he said, referring to the improperly trained, subcontracted security guards who slept with quarantined patients which led to community transmission of the virus.

The health minister acknowledged the sacrifices being made by Victorians each day to drive down case numbers. “Collectively we are all looking after each other to make sure we can address this issue, we can turn this situation around. But we cannot do it without the state of emergency. It will provide the legal framework for these protections to continue,” she told Parliament.

The current state of emergency was due to expire on Sept. 13, along with Melbourne’s stage four lockdown and regional Victoria’s stage three rules.

The bill passed just before 2 a.m. on Wednesday, with 20 votes in favour and 19 against.