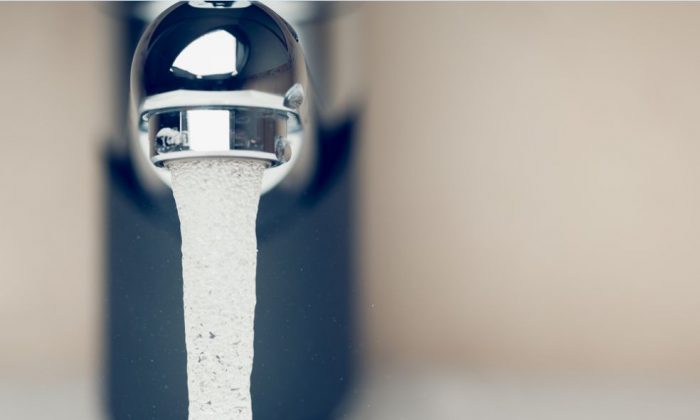 Harvard researchers analyzed levels of PFASs in over 36,000 water samples
By Michelle Kuepper

Polyfluoroalkyl and perfluoroalkyl substances (PFASs) are a class of industrial chemicals that repel both oil and water and are used in paints and fire fighting foam among other applications.

We spoke with Xindi Hu from the Department of Environmental Health at Harvard T.H. Chan School, to find out what health impacts these chemical compounds could be having, and how they are entering waterways. Hu is the author of a study published in Environmental Science & Technology Letters Aug. 9.

What led you to examine PFAS levels in drinking water?

Xindi Hu: Virtually all Americans are exposed to PFAS, and drinking water can be an important source of exposure. Exposure to PFASs have been linked to a wide range of adverse health effects, including kidney cancer, elevated cholesterol, obesity, and endocrine disruption.

Previously, industrial sites that manufacture and produce PFASs were identified as important point sources, but to date no nationwide studies had been done that linked point sources to PFASs in drinking water. The health concerns around PFASs have led the Environmental Protection Agency to add six PFASs to the Unregulated Contaminant Monitoring Rule program.

Our study is the first time a national database on PFASs drinking water levels has been made available.

What’s the significance of your results?

Hu: We found that 6 million people are served by public water supplies that measure at or above the Environmental Protection Agency safety limits of two types of PFASs—PFOS and PFOA. Our study has spurred a national interest in discussing safe drinking water.

PFASs is an iconic example of how chemicals with unknown toxicities were previously allowed to be used and released in the environment, and we’re only now facing the severe consequences.
— Xindi Hu, Harvard T.H. Chan School of Public Health

PFASs is an iconic example of how chemicals with unknown toxicities were previously allowed to be used and released in the environment, and we’re only now facing the severe consequences.

This is also the first national-wide study linking PFASs contamination in drinking water to potential point sources, especially those sources other than the manufacturing facilities.

Is there a way to remove them from drinking water?

Hu: Some PFASs are extremely stable and almost never break down in the environment. Current wastewater treatment processes do not effectively remove them from water. Scientists are now trying to develop ways to remove them from drinking water, but the technology is not ready to be used yet.

Scientists are now trying to develop ways to remove them from drinking water, but the technology is not ready to be used yet.
— Xindi Hu, Harvard T.H. Chan School of Public Health

Do you know how PFASs have entered drinking water?

Hu: It depends on the ways in which PFASs enter the drinking water. Manufacturers and industrial sites could emit PFASs through air, runoff, and solid waste. Since they are not regulated, there is little incentive to treat them before they are released.

Since they are not regulated, there is little incentive to treat them before they are released.
— Xindi Hu, Harvard T.H. Chan School of Public Health

Firefighting training that takes place on military bases and airports uses PFAS-containing firefighting foams, which is another way PFASs can be released to the environment. Lastly, since PFASs are also used in many consumer products, landfill leachate can be another source of contamination, along with wastewater treatment plants.

Can you provide insights into why these toxic levels of PFASs are more likely to be found in certain states?

We think this is because some states have more point sources, such as industrial sites, military fire training areas, airports, and wastewater treatment plants. The local geology and hydrology conditions also affect the transportation of PFASs from the contamination source to groundwater and surface water.

Would you recommend people in these states stop drinking tap water?

Hu: Not necessarily; concerned residents should talk to their local department of health to ask for more information about PFASs in their drinking water.

The drinking water in Hoosick Falls, New York, was found to have very high concentrations of PFASs, and residents were advised to stop drinking tap water until the public water supplies were able to reduce PFASs to acceptable levels.

Are PFASs something people outside the United States need to worry about too?

Hu: Yes, they are global contaminants. Since the phase-out of long chain PFASs in the U.S., the manufacture of PFASs shifted to Asian countries, such as China. PFASs are extremely stable in the environment, and have the potential to be transported over very long distances.

What are the next steps in this research?

Hu: Currently, data is lacking for about 100 million people in the U.S. who rely on private wells and small public water supplies. Therefore, to better determine the exposure for these populations, more monitoring studies need to be conducted.

Meanwhile, environmental engineers are actively developing methods to effectively treat drinking water and remove PFASs from the water supplies. We are also conducting more research into the health effects of drinking contaminated water, and its impact on diseases such as obesity and diabetes.

This article was originally published by ResearchGate.