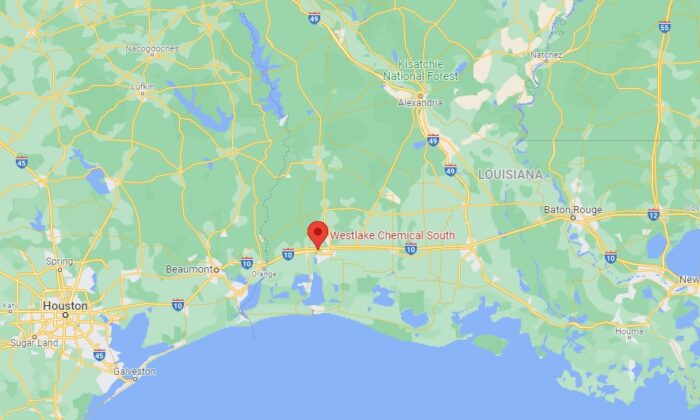 This image shows the location of the Westlake Chemical South, in Westlake, La., on Jan. 26, 2022. (Google Maps/Screenshot via The Epoch Times)
Crime and Incidents

Two of the injured were taken to Oschner Christus St. Patrick Hospital and three were taken to Lake Charles Memorial. One was treated at the scene, plant spokesperson Joe Andrepont told The American Press.

Because the storage tank was empty, the fire was extinguished shortly after the explosion. A large plume of smoke was visible throughout the area. Several residents posted photos on social media.

Andrepont said shelter-in-place orders that were issued after the incident have since been lifted because there were no associated environmental issues.

He said it’s too early to tell what caused the explosion, which is under investigation. He said the Calcasieu Office of Emergency Preparedness, Louisiana State Police, and Coast Guard were notified of the incident.