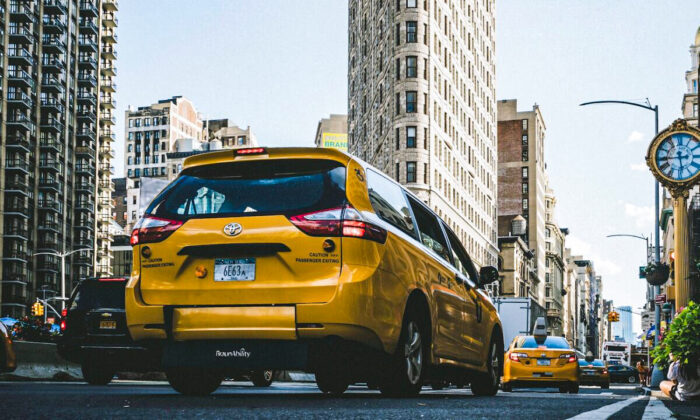 The cab was on West 29th Street turning south onto a narrow section of Broadway, when it hit a person on a bicycle, and then crossed through the bike lane and onto a sidewalk. The vehicle struck two women before stopping against the side of the building and trapping the two people.

Police said bystanders rushed in to try and lift the taxi away from the two women.

“About 15 to 20 New Yorkers attempted to pick this cab off this women,” said John Chell, the deputy police chief of the NYPD’s Patrol Services Bureau.

“In total we have six victims at the hospital including the cab driver. We have three critical, three non critical,” he added.

“Traffic safety is all of our concern, and I will continue working and taking action every day to keep New Yorkers and everyone else visiting our city safe on our streets,” he said. “I also want to thank the numerous New Yorkers who came to the aid of those injured and displayed that New Yorkers will always be there for each other.

Police said it appeared to be accidental. An investigation is underway.