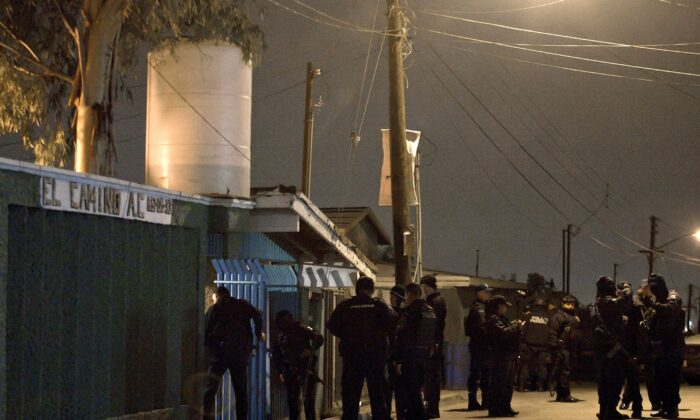 Members of the Mexican Federal Police stand guard in front of a rehab center in Tijuana, Mexico, in a file photo.(Francisco Vega/AFP via Getty Images)
Americas

The prosecutors’ office in the western state of Jalisco said the attack occurred around midnight in Tlaquepaque, a suburb of the state capital, Guadalajara. Jalisco is home to the drug cartel of the same name, and has been plagued for years by violence between rival factions of the cartel in Guadalajara.

The office said that several people were involved in the attack, but did not offer information on a motive.

Drug gangs in Mexico have attacked rehab centers in the past, usually to kill drug users or dealers allied with rival gangs. In 2020, in the neighboring state of Guanajuato, gunmen killed 27 people at a rehab center.

Mexico has long had problems with rehab centers because most are privately run, underfunded, and often commit abuses against recovering addicts.

In addition, addicts and dealers who face attacks from rivals on the streets sometimes take refuge at the rehab clinics, making the clinics themselves targets for attack.