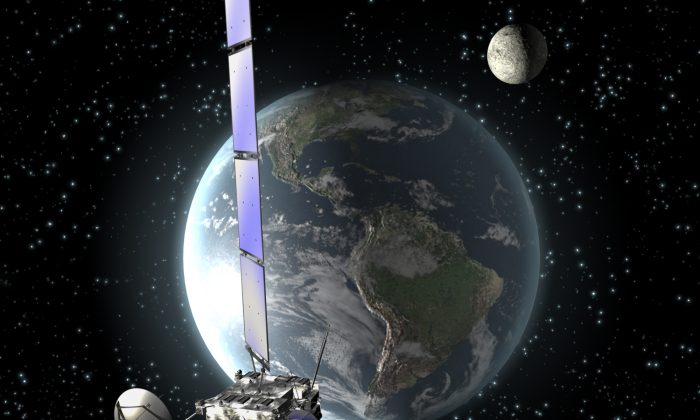 This handout picture from the European Space Agency (ESA) retrieved on Sept. 3, 2008, shows an artist's rendition of ESA's probe Rosetta's closest approach to Earth during its second swing-by of our planet on Nov. 13, 2007.(AFP/Getty Images)
Life & Tradition

An article saying NASA confirmed six days of “total darkness” in December is fake and it’s merely an iteration of an old Internet hoax.

Essentially every year, there’s bogus rumors saying that there will be three days of darkness in December, but they’ve obviously proven not to be true.

They seem to reference the Three Days of Darkness mentioned by Catholic prophets.

However, a “satirical” and entertainment website, Huzlers.com, posted an article about six days of darkness. It uses fake quotes from a NASA official.

“WORLDWIDE – NASA has confirmed that the Earth will experience 6 days of almost complete darkness and will happen from the dates Tuesday the 16 – Monday the 22 in December. The world will remain, during these three days, without sunlight due to a solar storm, which will cause dust and space debris to become plentiful and thus, block 90% sunlight,” it reads in part.

But Huzlers has a disclaimer that says it’s not real and shouldn’t ever be taken seriously.

“Huzlers.com is a combination of real shocking news and satirical entertainment to keep its visitors in a state of disbelier,” the About Us section reads on the bottom of each web page.

The bogus NASA article had tens of thousands of shares and “likes” on Saturday.

According to Snopes.com, similar  rumors have been going on for a while and have taken on different forms.

“No, the universe is not about to realign in December 2014, nor will there be a three-day blackout at that time during which the Earth will shift into a new dimension. Neither NASA nor any other credible scientific entity has made such a pronouncement. Ever,” the site says. “This item originated back in 2012, when interest in the belief that the Mayan calendar would end on 21 December 2012 (thus foretelling the end of the world as we know it) was running high, and it has simply been updated and recirculated with the year 2014 replacing the original references to 2012.”