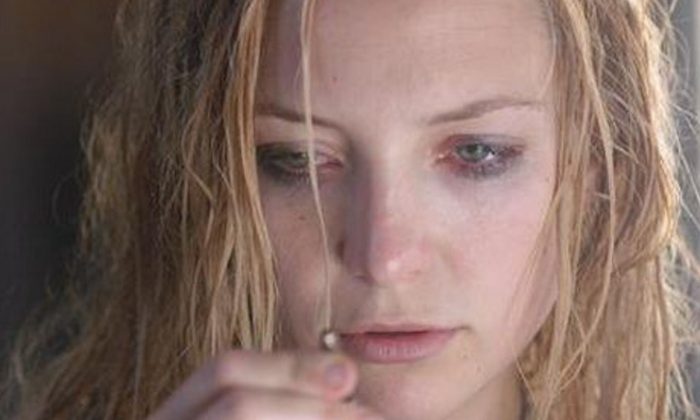 Kate Hudson stars in the 2005 horror film "The Skeleton Key." Hudson believes in ghosts and said some paranormal activity went on during the filming of the movie. (Screenshot/IMDb.com)
Entertainment

Celebrities have money and fame already, so they wouldn’t likely make up ghost stories for attention. Yet many stars say they have had experiences that defy the currently accepted laws of science—they’ve seen apparitions or have heard mysterious sounds, for example. Many of them go to psychics for advice and consult seers and gurus for guidance and inspiration.

Alyson Hannigan, known as Lily Aldrin on “How I Met Your Mother” and Willow Rosenberg on the television series “Buffy the Vampire Slayer,” had a resident friendly ghost.

She didn’t mind the presence of a male ghost at her home. She saw him a few times and thought about leaving a chalk board for him to write his name, according to San Francisco Gate.

Hannigan explained in 2003: “I have a ghost in my house. I saw him a couple of months ago. I don’t think he died there because there’s a law in L.A. that when you buy a house, if somebody’s died there they have to disclose that. And nobody did. So I don’t know why he’s there. But he’s very friendly.
“My friend saw him first one night. She said, ‘I don’t mean to alarm you but I just saw a man follow us out of the house.’ And I said, ‘Well, at least he’s gentlemanly, he let us go first.’

“Later that night I saw this silhouette of a man standing in the bathroom doorway. I was like, ‘Sweetie, what are you doing?’ I thought it was [fiance] Alexis [Denisof]. But then I looked and Alexis was asleep next to me.”

“I was asleep, there was a fireplace in my room and all of a sudden I heard 1920s music coming out,” she told Jay Leno on the Tonight Show in 2009. She said the next week her sister was in the room sleeping with her when the phone rang and woke them up.

“We were talking and going back to bed when all of a sudden we heard this opera, coming out of the fireplace. We couldn’t believe it; we both jumped in bed and were asking the people that worked there the next morning: ‘Are we crazy?’

“We tried to rationalise it, but they said they heard it there all the time.”

“Gossip Girl” actress and singer Taylor Momsen told People she saw the ghost of her mother’s old next door neighbor—and she even photographed it.
The woman lived in Devil’s Lake, N.D., where Momsen’s mother grew up.

Momsen explained: “She was wealthy and her belongings got put in a museum. So I went ghost hunting and took pictures and talked to her and all this stuff. And there are actually two images that I took, one of a hand on a typewriter and one of her entire body in a window.”

Elle magazine quotes Keanu Reeves, who told the story of seeing a ghost when he was a boy, living in New Jersey: “I remember just staring at this suit, which had no body or legs in it as it came into the room before disappearing. It was a double-breasted suit in white, and I looked at my nanny, who was just as shocked as me. I just couldn’t get back to sleep afterwards, and I still see the figure in my dreams and nightmares.”

Kate Hudson on the Set of a Horror Film

Actress Kate Hudson stared in a supernatural horror movie titled “The Skeleton Key,” in 2005 that experienced some seemingly supernatural disturbance on the set.

Hudson told film critic and writer Rebecca Murray: “We had three cameras and different ones usually wouldn’t work.” She said almost every day a camera would stop working, “which was really weird.”

Rock star Sting said he saw supernatural Roman centurions walking the rooms of his childhood home in England, according to Jack FM radio.

Sting also told Radio 2 in 2009 about an encounter he and his wife, Trudie Styler, had in their home: “I was in bed one night, a very old house I used to live in. And I woke up at three in the morning, bolt upright, looked into the corner of the room and thought I saw Trudie standing there with a child—our child—in her arms, staring at me.

“And I thought ‘well, that’s strange—why is she standing in a corner, staring at me?’

“I then reached next to me and there was Trudie, and I suddenly got this terrible chill. She woke up and said, ‘Gosh, who is that?’ She saw this woman and a child in the corner of the room.