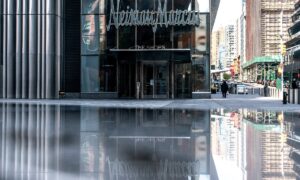 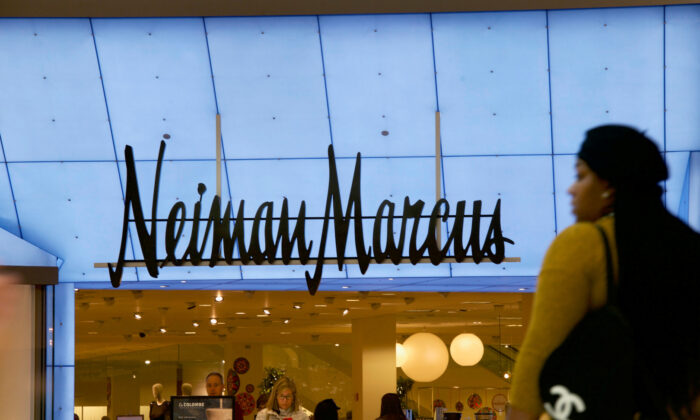 6 Big Chains File for Bankruptcy in May

Temporary store closures. Near-zero travel demand. People shopping online even more as they’re stuck home. It was the perfect storm for bankruptcy for some of the country’s most recognizable consumer brands—and several have filed recently.

Retailers had already been struggling, and now they’re bearing the brunt of CCP (Chinese Communist Party) virus‘s impact. But a large gym brand and a major car rental company have also filed for bankruptcy recently.

A bankruptcy filing doesn’t necessarily mean a company will go out of business. Many use bankruptcy to shed debt and other liabilities while closing unprofitable operations, in hopes of emerging leaner and stronger. Lots of these companies have gone on to post record profits, including automaker General Motors and many of the nation’s airlines.

Still, many other brands that have filed for bankruptcy with the intention of staying in business didn’t survive. Here are some U.S.-based companies that filed in May:

Gold’s Gym said in its May 5 fling that the virus has affected it “deeply and in many ways,” which includes the temporary closures of many of its 700 global gyms.

Filing for Chapter 11 bankruptcy protection will help it “emerge stronger and ready to grow,” the statement continued.

The 55-year-old company intends to exit bankruptcy by August and said it is “absolutely not going anywhere.” Gold’s did shutter 30 locations in April, but it doesn’t intend to permanently close any more gyms.

Car rental giant Hertz filed for bankruptcy on May 22. The company also rents cars under the brands Dollar, Thrifty, and Firefly.

The company has been in business since 1918, when it set up shop with a dozen Ford Model Ts. Hertz has survived the Great Depression, World War II’s near-total halt of U.S. auto production, and numerous oil price shocks.

By declaring bankruptcy, the rental car company says it intends to stay in business while restructuring its debts so it can emerge financially healthier.

“The impact of Covid-19 on travel demand was sudden and dramatic, causing an abrupt decline in the company’s revenue and future bookings,” the company said in a statement, noting that “uncertainty remains as to when revenue will return and when the used-car market will fully re-open for sales, which necessitated today’s action.”

Hertz was criticized for paying out millions of dollars in bonuses to its executives just before its bankruptcy—and a month after it started laying off thousands of employees.

It paid a total of $16.2 million to 340 executives on May 19 as part of a plan to keep them in place while the company attempts to reorganize, according to a filing with the Securities and Exchange Commission.

The CCP virus could be the final blow for 118-year-old department store stalwart JCPenney. It was already struggling to overcome a decade of bad decisions, executive instability, and damaging market trends.

JCPenney filed for bankruptcy on May 15. The company has an agreement with most of its lenders that will allow it to attempt a turnaround plan to stay in business.

But it will close 30 percent, or around 200, of its 846 U.S. stores. The company did not say how many of its 85,000 employees would lose their jobs as a result of the permanent store closings.

“Until this pandemic struck, we had made significant progress rebuilding our company,” CEO Jill Soltau in a statement, adding that the company’s efforts “had already begun to pay off.”

But JCPenney’s problems go back far before the pandemic, with the company having been battered by a decade of bad decisions. Its most recent profitable year was 2010, and its net losses have totaled $4.5 billion since then.

And the entire department store sector has suffered as more consumers shop online. Big-box discounters like Walmart, Target, and Costco have also proved to be competition, offering shoppers lower prices and a selection of items not found in department stores, such as groceries.

It’s a distinction no one wants: J. Crew Group became first national U.S. retailer to file for bankruptcy protection since the pandemic forced a wave of store closures. It filed on May 4.

The company, which owns the preppy J.Crew and Madewell brands, expects to stay in business and emerge from bankruptcy as a profitable company. And Madewell, the fast-growing denim brand that had been slated for an IPO, will remain part of the business.

J.Crew Group was saddled by a heavy debt load since its 2011 purchase from private equity firms TPG Capital and Leonard Green & Partners in a $3 billion deal.

It had grown rapidly in the nine years since the transaction was completed, nearly doubling the number of stores. But it has also accumulated far more debt. It had $50 million of long-term debt on its books in 2010, before the deal was announced—and as of February of this year that number had ballooned to $1.7 billion.

Luxury retailer Neiman Marcus, which filed for bankruptcy on May 7, said the restructuring agreement with creditors will allow it to “substantially reduce debt and position the company for long-term growth.”

The company’s history goes back 113 years to its first store in Dallas, which is still its home base. The company also operates the Bergdorf Goodman and Last Call chains.

Neiman had 69 stores among the three brands as of last year. In March, just days before the pandemic prompted mass store closings, the company announced plans to permanently close a “majority” of its 22 Last Call outlet stores.

ITS fate was very possibly sealed in 2013 when Ares Management and the Canada Pension Plan Investment Board paid $6 billion in a leveraged buyout, taking the company private.

“The big issue with Neiman is that the [private equity companies] paid too much and layered on too much debt,” Steve Dennis, a retail consultant and former Neiman executive, previously told CNN Business.

CEO Steve Becker said the business was thriving before the pandemic. But the resulting temporary store closures and employee furloughs had “severe consequences on our business.”

“The complete halt of store operations for two months put the company in a financial position that can be effectively addressed only through a reorganization in Chapter 11,” he said in a statement.

The Dallas-based chain, which filed on May 27, said it will permanently close approximately 230 of its nearly 700 U.S. stores.