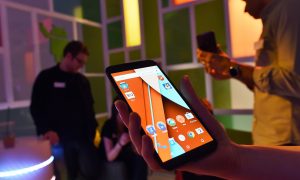 Reddit's Android fan community is typically very smart and insightful, which is why we were interested to see what Android M features they'd most like to see Google unveil
By Brad Reed
biggersmaller
Print

We always try to keep up with assorted fan communities to get a sense of how they’re feeling about their favorite products.

Reddit’s Android fan community is typically very smart and insightful, which is why we were interested to see what Android M features they’d most like to see Google unveil at its big Google I/O conference next week. Here are the six most popular responses as ranked by upvotes.

DON’T MISS: Former Android diehard ‘never looking back’ after switch to iPhone 6 – find out why

This is something that Apple is reportedly working on for iOS 9 and most specifically its 12-inch iPad Pro.

Being able to have multiple app windows open at once and being able to look at them side-by-side is definitely something that would be welcome for Android tablets and even giant phablets like the Galaxy Note.

This is a long-standing request from Android users and it’s no surprise that it’s once again high on users’ lists.

Basically, Android users want to be able to back up every setting and piece of data on their phones without having to root their device or use tools like the Android SDK. This is one of the few things that Android fans will admit makes them envious of iOS users.

Another longstanding complaint. Android is infamously fragmented and it takes months for many users to get new software even if it’s for a flagship phone they’ve purchased within the last year.

Both carriers and OEMs are mostly to blame for this, although Google could take more control over the process asMicrosoft is planning to do with Windows 10 mobile devices.

This is something that’s on iOS users’ wishlists every year as well. In particular, Google could at least work to make sure that apps such as its Chrome browser aren’t as resource-needy.

This is the sort of feature that Android fans go ga-ga for, although it’s debatable whether the average user would care.

“I know it sounds ridiculous but one of the stronger points of Android has always been its [customization options] and I think Google isn’t really taking advantage of that,” wrote one user. “Maybe an SDK specifically for it. It would also eliminate the need for custom ROMs and add yet another category on the Play store.”

This will apparently be a big focus of Apple’s iOS 9 release and it would be nice if Google put a lot of effort into it as well. New Android releases aren’t always the most stable and we get the feeling many fans wouldn’t mind having fewer features and more stability with Android M this year.