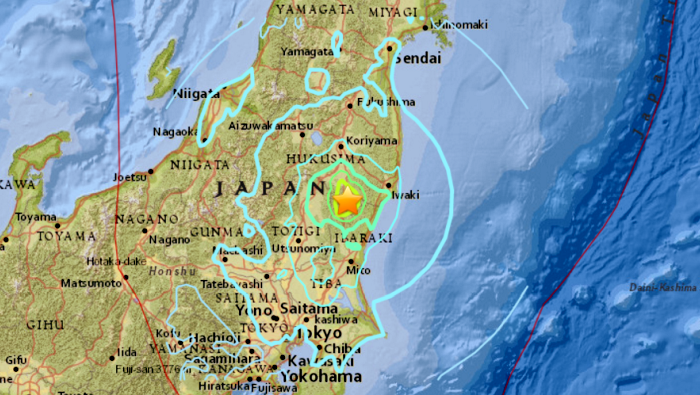 A 6.3-magnitude earthquake struck near Tokyo, Japan, on Dec. 28, according to the Japan Meteorological Agency. No tsunami warning was issued.

The quake hit northern Ibaraki Prefecture, but the temblor was felt in much of Tokyo, according to the Japan Times, which reported that “buildings in central Tokyo mildly swayed for several seconds.”

Some public transportation systems around Tokyo—the Tohoku and Kanto regions—stopped their operations temporarily.

The U.S. Geological Survey said the quake measured at 5.9 on the Richter scale.

Japanese Prime Minister Shinzo Abe’s office released a statement, reassuring residents that measures are in place to deal with the quake and its aftermath, saying his office will “work closely with local governments” and will provide more information to citizens.

There were also no anomalies detected at nearby nuclear power plants, Nuclear Regulation Authority officials told public broadcaster NHK. It later said tremors were felt around “wide areas” of the eastern coast of Japan.

The quake had a depth of about about 6.2 miles.