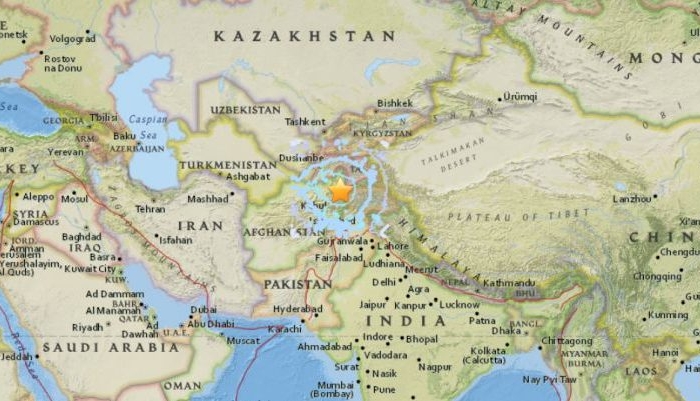 A 6.1-magnitude earthquake hit Afghanistan on Wednesday, Jan. 31, killing at least one person and injuring dozens more in nearby Pakistan.

According to Voice of America, a Pakistani girl was killed by the earthquake, which hit hundreds of miles away.

The lone death occurred in Pakistan’s Baluchistan’s province, and the girl was killed when the roof of her mud-walled house collapsed. About 10 other people were injured, according to Reuters.

The quake rattled buildings in the Afghan capital and was also felt in parts of India, Reuters also reported.

There were no immediate reports of any serious damage or casualties in Afghanistan.

A Pakistani official said that two quakes occurred in the country on Wednesday.

Large parts of the region are seismically active because a tectonic plate, known as the Indian plate, is pushing north into the Eurasian plate.