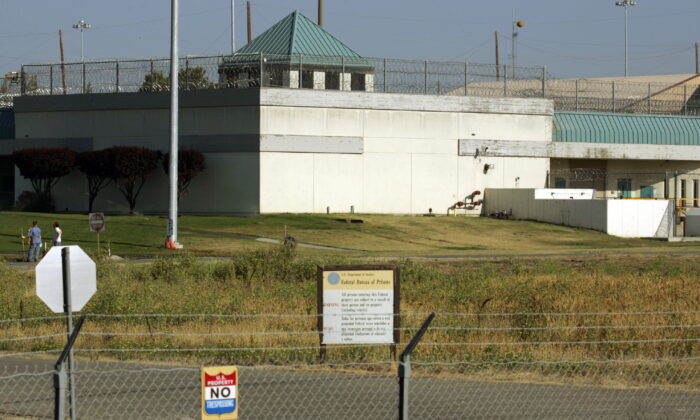 WASHINGTON—A fifth worker at a federal women’s prison in California has been charged with sexually abusing an inmate, and prosecutors say more arrests are expected at the lockup.

Enrique Chavez, a food service foreman at the federal correctional institution in Dublin, California, is accused of touching an inmate’s breasts, buttocks, and genitals on two separate occasions in October 2020, according to an indictment unsealed Wednesday in federal court.

Chavez was indicted on March 10, while a Bureau of Prisons task force was at Dublin speaking with inmates and staff about ways to eliminate a culture of abuse at the prison. He was arrested Sunday in Arizona and appeared in court Tuesday in Tucson. He had been on administrative leave from the prison for several months.

The Bureau of Prisons is under increasing scrutiny for myriad crises, many of them exposed by Associated Press reporting, including criminal activity by employees, critically low staffing levels hampering responses to emergencies, crumbling infrastructure, the rapid spread of COVID-19, a failed response to the pandemic and dozens of escapes.

Deputy Attorney General Lisa Monaco said in a statement that misconduct by bureau staff, “at any level, will not be tolerated, and our efforts to root it out are far from over.”

Chavez, 49, of Manteca, California, is charged with two counts of abusive sexual contact, which carries a maximum punishment of up to two years in prison. He will appear before a federal magistrate in Oakland once he is returned to California. Officials said they did not know when that would happen. Information on a lawyer who could comment on Chavez’s behalf was not immediately available.

Chavez is the fifth employee at the Dublin prison to be charged with sexual abuse of inmates since last June. Others include the prison’s former warden and a chaplain. Two of the people who have been arrested have pleaded guilty so far.

Chavez’s indictment comes after the Justice Department and the Bureau of Prisons convened a task force of 18 senior executives to visit Dublin, examine conditions and meet with inmates and staff members.

In a statement, Stephanie Hinds, the U.S. attorney in San Francisco, said correctional officers “have a trusted responsibility to protect those under their authority” and that “sexually abusing inmates is a betrayal of that responsibility and undermines a just penal system.”

Craig Fair, the special agent in charge of the FBI’s San Francisco field office, said Chavez’s arrest should send a “clear message that the FBI will investigate and hold accountable any and every individual who commits an act like this, regardless of your title or authority.”