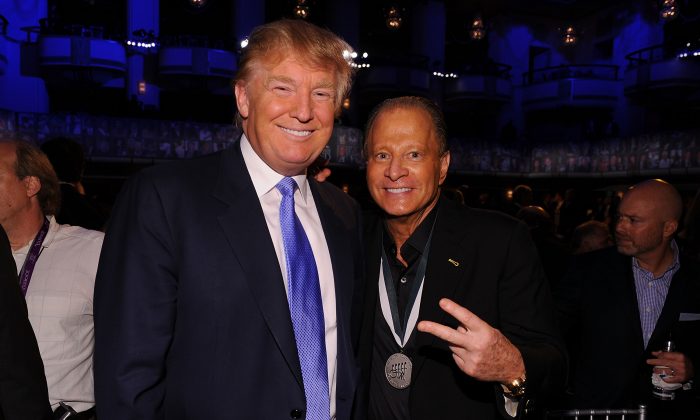 Donald Trump and Stewart Rahr attend an event at The Waldorf-Astoria on Sept. 27, 2010 in New York City. (Bryan Bedder/Getty Images for The Buoniconti Fund to Cure Paralysis)
US

The wife of pharmaceutical billionaire Stewart Rahr will get $250 million in a new divorce settlement.

Stewart will get to keep the couple’s $45 million house in the Hamptons, located on New York’s Long Island. Carol will get the couple’s $30 million apartment on Trump Park Avenue, but Stewart has not yet moved out, forcing Carol to stay at a hotel, according to the paper.

Rahr sold his Kinray pharmaceutical business in 2010 for $1.3 billion.

Forbes magazine estimates that Rahr is worth around $1.6 billion, meaning that the $250 million handed over to his wife is around 16 percent of his net worth.

“I just have so few sunrises left,” Rahr reportedly said last December. “And I want to be happy.”