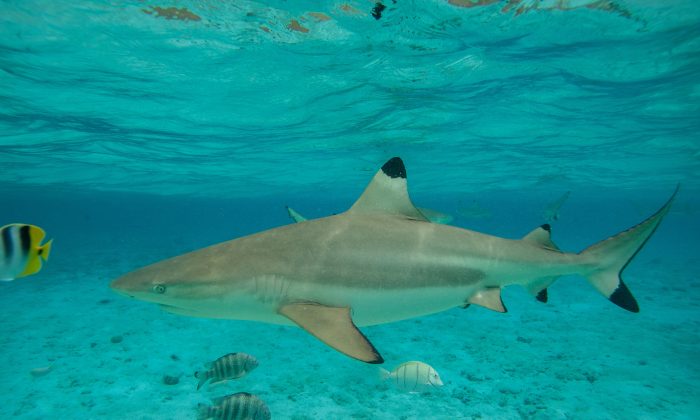 MOBILE, Ala.  — Alabama’s Marine Resources Division and Dauphin Island Sea Lab are investigating the deaths of dozens of sharks found by vacationers along the shore of Mobile Bay.

Media outlets report that the sharks, mostly identified as bull sharks, were discovered Saturday morning. Sabrina Rios, who was on vacation with her family, reported finding a net with about 40 sharks inside.

Dozens of baby bull sharks dead and washed up on shorehttps://t.co/U7flaFgbNN pic.twitter.com/jkDmOkMR2R

Chris Blankenship, director of the Alabama Marine Resources Division, says it appears the sharks were caught in a recreational gill net and discarded. There were 57 sharks total.

Blankenship says the sharks were collected and will be used for research by shark expert Dr. Marcus Drymon.

One woman said she reported finding a fishing net with about 40 sharks inside. “It definitely caught our attention because I know that that is illegal and you shouldn’t be doing that. We just didn’t know what to do about it,” resident Sabrina Rios told WKRG.

Blankenship elaborated further to AL.com: “It appears that sharks were caught in a recreational gill net and discarded … There were 57 sharks and they all appear to be juvenile bull sharks.”

“We will continue to patrol the area to ensure recreational gill nets are used legally,” Blankenship added.