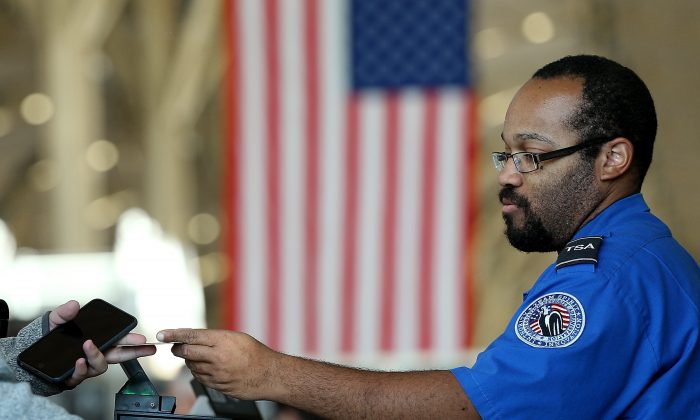 55 Colleges Accused of Being ‘Visa Mills’ for Foreign Students

Substandard universities are doling out thousands of visas to foreign students, who are prepared to pay an arm and a leg to get into the United States, according to a new report by the Center for Immigration Studies, a Washington-based think tank.

Obtaining a foreign student F-1 visa for the United States leads to other benefits, including work authorization, that makes the system attractive for abuse, CIS said.

The report accuses 55 institutions with more than 100 campuses nationwide of being “visa mills,” calling them “the very dregs of higher education in this country.”

The schools provided F-1 visas and work permits to “tens of thousands of foreign ‘students,’ many of whom are really illegal aliens in disguise,” the report states.

Many of the schools had very high percentages of foreign students, some as high as 95 percent.

David North, a fellow at CIS and author of the report, said around 40,000 foreign students are attached to the report’s 55 schools, with an estimated turnover of 20,000 per year as new students arrive and old ones depart.

“Many of those departing are either going into illegal status or will do so after a period in the OPT program,” the report states.

The Department of Homeland Security authorizes foreign students in a master’s program to work full-time for up to three years through its Optional Practical Training (OPT) program.

An accredited institution can also allow graduates to extend their OPT visas for two years after graduation.

The OPT program also incentivizes employers with a 7.65 percent tax break if they hire alien workers over Americans.

North said there are presumably tens of thousands of people on the OPT visa program in the country, but the Department of Homeland Security (DHS) doesn’t release the numbers.

“There’s the problem with people with successive, not-very-significant master’s degrees, just staying in the situation year after year because the Department of Homeland Security lets them do it,” he said.

The DHS has given the 55 institutions the authority to admit foreign students. However, late last year, all 55 lost the only academic accreditation that they had.

The accreditation status of the institutions became meaningless in December when the issuing agency had its own accrediting authority revoked by the Department of Education.

The schools were accredited through the Accrediting Council for Independent Colleges and Schools (ACICS), which falls far behind the national average on graduation rates: 35 percent compared to 60 percent. Almost three-quarters of the students at those schools are borrowing money, compared to the national rate of less than half. The nonpayment rates are much higher, as is the default rate.

But the 55 schools (with more than 100 campuses) in the CIS snapshot are still able to issue the form (I-20) that allows students to apply for an F-1 visa.

Accreditation had also favored access to H-1B visas for some institutions. Some of the institutions had hired “suspiciously large numbers” of aliens through the H-1B program, including, for example, English professors from Turkey, the CIS report said.

“There are undoubtedly probably dozens of other institutions that are somewhat like this,” North said.

Seventeen of the schools are located in California, 11 in Florida, eight in Virginia; two each in Illinois, New Jersey, Texas, and Utah; and one each in Arizona, Colorado, Kentucky, Minnesota, Missouri, Nevada, North Carolina, Ohio, Oregon, Washington, and Puerto Rico.

North suggests that the simplest fix is for DHS to only allow universities to be accredited by an entity that’s recognized by the Department of Education.

“It’s a bad example for our immigration policy generally—that we’re letting institutions like this in effect make decisions about who comes to the United States,” North said. “And they’re doing so for inappropriate reasons in many cases.”