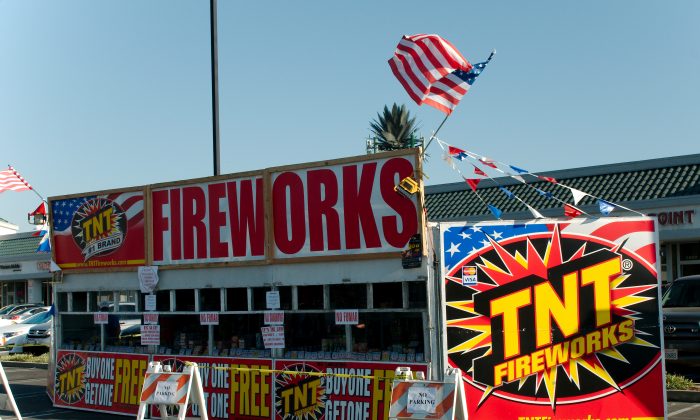 EL MONTE, Calif.—The El Monte police department seized over 51 tons, or 102,000 pounds, of illegal fireworks before noon on July 2. The total value was estimated at over $1 million dollars and included several arrests. A minimum fine of $1,000 fine per incident was also charged.

Most illegal fireworks come from Mexico. However, they tend to end up in Nevada and are then ferried by various adventurous entrepreneurs to California. One such man was arrested July 2 by police in Costa Mesa for illegally selling fireworks to minors and being in possession of some 500 pounds of illegal fireworks.

Nevada Is a Temptation for California Fireworks Enthusiasts

For years, adventuresome Californians have also dreamed of setting off a great fireworks display at home. Many have gone to Pahrump Valley in Nevada to buy illegal fireworks and return to California. However, the CHP knows this illegal activity is taking place and your vehicle may be pulled over and searched at any of several checkpoints. If illegal fireworks are found, the fireworks will be confiscated and the driver fined $1,000.

Three TNT Fireworks event storefronts have opened along Peck Road in El Monte. One of the store managers explained why only one person was in the store looking at firework options this afternoon.

“People will buy their fireworks on July 4th morning,” he said. “It’s like that every year.”