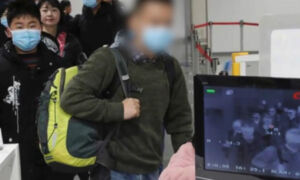 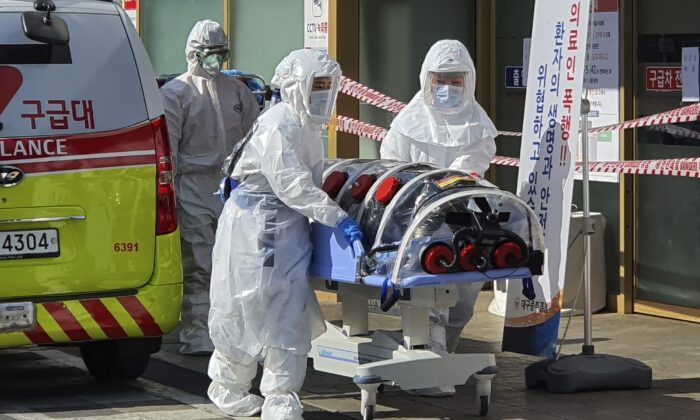 The patients from Daegu, in the southern part of the country, tested positive for the CCP (Chinese Communist Party) virus in a “relatively short time” after they were cleared from their initial COVID-19 cases, said the Korea Centers for Disease Control and Prevention (KCDC) in a report carried by the Yonhap News Agency.

Their unusual results may have been due to reactivation from the virus, KCDC Director-General Jeong Eun-kyeong said, according to the government-backed Yonhap outlet on Monday.

A team of investigators were deployed to Daegu, the site of South Korea’s initial CCP virus outbreak earlier this year, to conduct an investigation into the test results.

In mainland China, where the virus first emerged last year, some whistleblower doctors in epicenter Wuhan warned that COVID-19 patients could get reinfected, reported the Taiwan News in February.

“It’s highly possible to get infected a second time,” one of the doctors said. That doctor remained anonymous out of fear of retaliation from the Chinese regime after another doctor, Li Wenliang, went on the record to raise warnings about COVID-19 before he was detained and rebuked by the CCP. He reportedly succumbed to the disease in February, although netizens and citizen journalists in China expressed their suspicions.

“A few people recovered from the first time by their own immune system, but the meds they use are damaging their heart tissue, and when they get it the second time, the antibody doesn’t help but makes it worse, and they die a sudden death from heart failure,” the anonymous doctor told the Taiwan News.

However, some experts outside of China have said it’s not clear if patients are immune to reinfection from the virus.

“We don’t know very much,” said Matt Frieman, a coronavirus researcher at the University of Maryland School of Medicine in Baltimore, reported NPR in late March. “I think there’s a very likely scenario where the virus comes through this year, and everyone gets some level of immunity to it, and if it comes back again, we will be protected from it—either completely or if you do get reinfected later, a year from now, then you have much less disease.”

Four seasonal coronaviruses that cause about 10 percent to 30 percent of common colds can cause reinfection, said researchers.

“Almost everybody walking around, if you were to test their blood right now, they would have some levels of antibody to the four different coronaviruses that are known,” Ann Falsey of the University of Rochester Medical Center told the public broadcaster.

On Monday, the KCDC reported less than 50 cases of the CCP virus, bringing the total of cases in the country to 10,284.