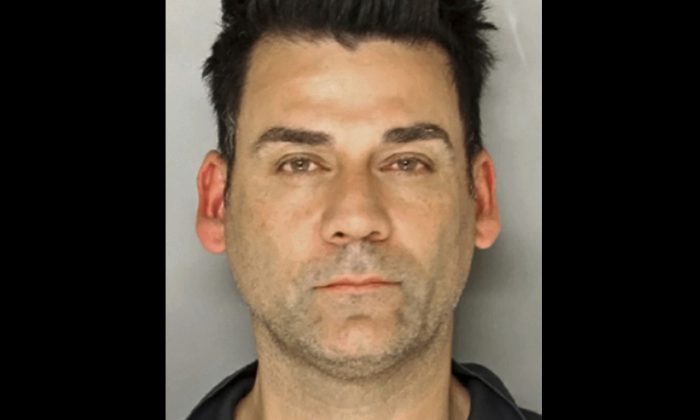 Raymond Charles Rowe apologized in court for killing 25-year-old elementary school teacher Christy Mirack at her apartment in Lancaster. He was sentenced to life without parole.

“I’m sorry, sir, to the family,” the 50-year-old Rowe, who performed under the name DJ Freez, said as he faced Mirack’s relatives. “I can’t imagine what you’re going through.”

Rowe struck the plea deal to avoid the death sentence that District Attorney Craig Stedman was seeking, reported Penn Live. Stedman described the long-unsolved homicide as an “absolute, remorseless horror” committed by a “deviant and a coward.”

“The length of time that the defendant just went back to the community and enjoyed his life, it is chilling,” he added, reported WGAL. “It’s haunting to all of us that he could just compartmentalize this and go back and literally enjoy his life.”

The case had stymied investigators until authorities working with DNA from the crime scene used a publicly available genealogical database to identify a half-sister of the then-unknown suspect, leading them to Rowe, who had lived just miles from where the killing occurred.

It’s not clear which database was used but submitting DNA to genealogy websites such as Ancestry.com has become popular in recent years to find secret familial connections and lost relatives.

Undercover detectives obtained DNA from Rowe by collecting his used water bottle and chewing gum at a school where he was DJing last year. It matched DNA recovered from the carpet in the victim’s home in addition to being on Mirack’s body.

“If not for the grace of modern technology and divine intervention, you probably would have stayed in Lancaster and basked in your fame,” the teacher’s brother, Vince Mirack, told the defendant during the hearing.

He said the killing, which occurred four days before Christmas, destroyed his family’s sense of security and their love of the Christmas holiday. “But most of all you took our Christy,” he said.

According to Parabon’s website, they offer a DNA phenotyping service that produces a forensic profile from a human DNA sample.

“Because some traits are partially determined by environmental factors and not DNA alone, Snapshot trait predictions are presented with a corresponding measure of confidence, which reflects the degree to which such factors influence each particular trait,” it stated.

“Traits, such as eye color, that are highly heritable (i.e., are not greatly affected by environmental factors) are predicted with higher accuracy and confidence than those that have lower heritability.”

Mirack’s roommate had left their apartment about 15 minutes before Rowe arrived and forced his way inside, investigators said. She had her coat and gloves on, with plans to give Christmas presents that day to students and co-workers.

“She was surprised and actually fought for her life, and unfortunately failed,” District Attorney Craig Stedman said.

Mirack was badly beaten. The prosecutor said a wooden cutting board found near her body is believed to have been used, and she was probably strangled with her own sweater. Her jaw was broken, and an autopsy found wounds on her neck, back, chest, and face.

The principal of Mirack’s school went to check up on her because she had not shown up for work and was not answering calls. He discovered her body on the living room floor.

Prosecutors said they aren’t sure whether Rowe and Mirack knew each other or why he targeted her. Rowe did not explain the motivation behind the crime, even when the teacher’s brother asked him on Tuesday: “The question I have to ask you is, Why?”

Public Defender Patricia Spotts said in court that her client admitted that he that he carried out the killing, reported Penn Live.

“There is nothing we can say to make the community feel better about this case,” Spotts said. “We can only hope the community and (Mirack’s) family find some comfort in the person who did it taking responsibility.”

Rowe lived about 4 miles from Mirack in 1992 and commuted to ServiceMaster, where he worked at the time.

The commute would have likely taken him past Mirack’s home hundreds of times and perhaps he saw Mirack and her roommate sunbathing, Stedman said at a press conference after the guilty plea was entered, reported Lancaster Online. His vehicle back then, a white Toyota, matched one that witnesses had seen at the apartment complex that morning.

An online biography for Rowe said he was a break dancer in the 1980s, won local DJ battles and then hosted dance parties at Lancaster’s Chameleon Club. For a time he operated a retail store, selling recorded music, clothes, and DJ equipment. His site lists events he has worked in New York and regular gigs on local radio stations.