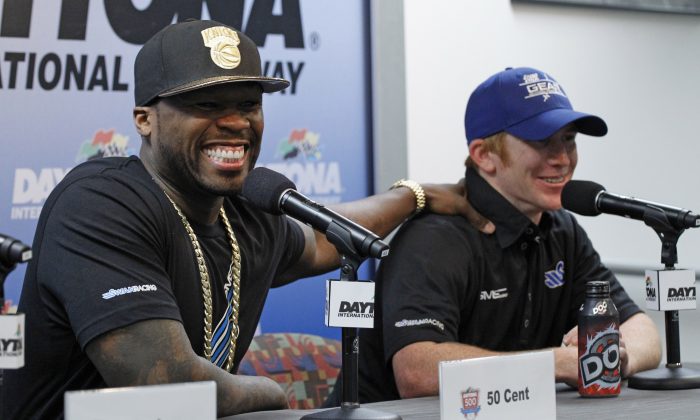 One rumor that went viral earlier this week started off as a joke but people mistook it for his death.

On Twitter, users were tweeting “RIP 50 Cent,” saying they lost two quarters. However, some thought that the 38-year-old rapper had actually died.

At the same time, a fake news story from Global Associated News said he died in a car crash.

“50 Cent died in a single vehicle crash on Route 80 between Morristown and Roswell. He was pronounced dead at the scene by paramedics responding to the vehicle accident and was identified by photo ID found on his body. Alcohol and drugs do not appear to have been a factor in this accident – March 21, 2014,” it reads.

But at the bottom of the page, the Global Associated News notes that it’s fake.

“THIS STORY IS 100% FAKE! this is an entertainment website, and this is a totally fake article based on zero truth and is a complete work of fiction for entertainment purposes! this story was dynamically generated using a generic ‘template’ and is not factual,” it reads. “Any reference to specific individuals has been 100% fabricated by web site visitors who have created fake stories by entering a name into a blank ‘non-specific’ template for the purpose of entertainment.”

50 Cent recently released “Hold On,” describing the single to MTV on Wednesday.

The track will appear on “Animal Ambition” on June 3.