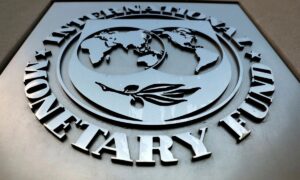 A kindergarten student was suspended and sent home after bringing a toy bubble gun to a Colorado school.

The 5-year-old girl brought the bubble gun to Southeast Elementary School in Brighton, Colorado, on May 16. The child brought the toy out during indoor recess before class had started, prompting officials to give her a 1-day suspension. Her mother was also called to pick her up.

“I asked, ‘Is it really necessary for me to come get her?'” the girl’s mother, named Emma, told the Denver Channel. “And they said, ‘Yes, this is our zero tolerance policy, and somebody needs to come get her immediately.'”

The bubble gun is a popular toy sold in many stores in Colorado.

“I apologized right away and said that I am so sorry she did that,” Emma added. “I appreciate that they’re trying to keep our kids safe, I really do. But there needs to be common sense. It blows bubbles.”

The toy slipped into her daughter’s backpack without her knowledge, she said, according to KDVR-TV.

Kevin Denke, a spokesman for Adams County School District 27J, said in a statement that the suspension was consistent with school policy.