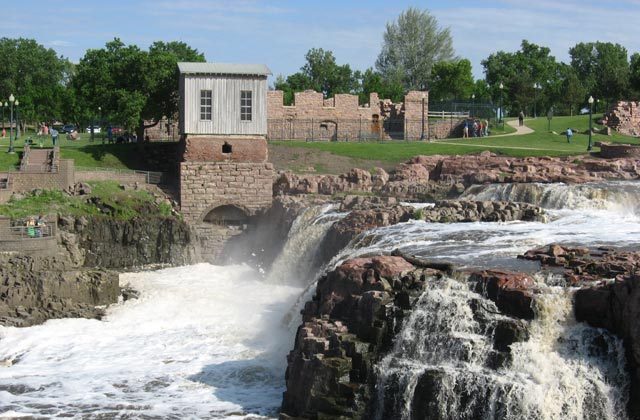 A 5-year-old girl has died after falling into the Big Sioux River at Falls Park in South Dakota on Sunday afternoon, March 18.

Sioux Falls Fire Rescue said they responded to a call at noon for a water rescue where a child had fallen into the foam in the river, reported Argus Leader, citing a news release from police.

Two rescue swimmers dove into the water and began to break the ice in the area where the girl was last seen. She was later found unresponsive and was taken to the hospital.

A witness of the incident, Justin Frantzen, told the Argus Leader that he saw the girl’s mother taking off her coat and jumping into the water in an attempt to save the young girl.

“She told me she needed help because her little girl fell in,” Frantzen told the news website. “So I immediately got down here where she was at and started helping finding [sic] her.”

Frantzen said the fire department and police came about 10 to 15 minutes later and the girl was pulled from the water about 30 minutes later about 100 yards downstream. He said he saw authorities performing CPR on her after she was rescued.

In a video taken before the incident posted by Frantzen, a thick layer of runoff foam floating on top of the water could be seen.

“We had an incident a couple of years ago that happened with ice that unfortunately we had a guy and little girl pass away … people that are out here, they need to stay away from rocks and foam because we don’t want this incident to happen again,” he added.

In March 2013, two other people drowned when they jumped into the Big Sioux River in an attempt to rescue a 6-year-old boy who had fallen in. The 28-year-old man and the 16-year-old girl died when they weren’t able to be rescued from the fast-moving current. Fortunately, the 6-year-old boy was rescued.

Shortly after the accident, officials implemented additional safety measures such as installing fences and signs to warn people about getting too close to the edge in a bid to prevent another tragedy, reported Argus Leader.