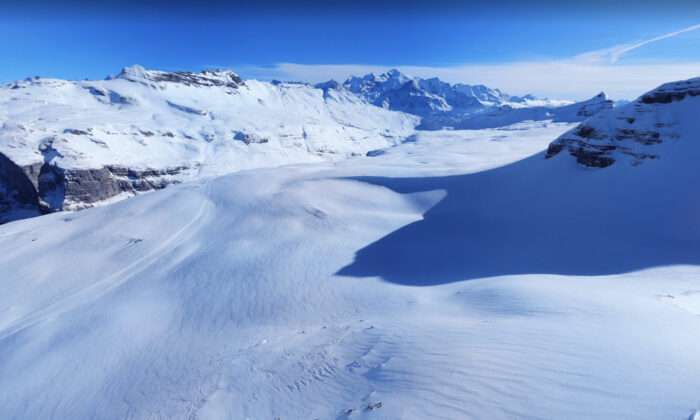 A Google Maps screenshot of stretch of the French Alps near the Flaine ski resort. (Screenshot via The Epoch Times)
Europe

A five-year-old British girl has been killed in a collision on a ski slope in the Alps, according to French media.

The girl was one of five children taking part in a ski lesson in Flaine, in the Haute-Savoie region of France, when she was “violently” struck by another skier who lost control on Saturday morning, according to France Bleu.

The child, said to have been living in Geneva, Switzerland, is reported to have been hit near the edge of a blue slope, Les Serpentines, and died shortly afterward.

A 40-year-old man has been arrested and a manslaughter investigation has been opened, the outlet said.

According to France Bleu, a statement from the Bonneville prosecutor’s office, which has opened the case, said: “The child was in a queue behind the group and was about to make a right turn when she was very violently hit by a skier going at high speed who tried in vain to avoid her.”