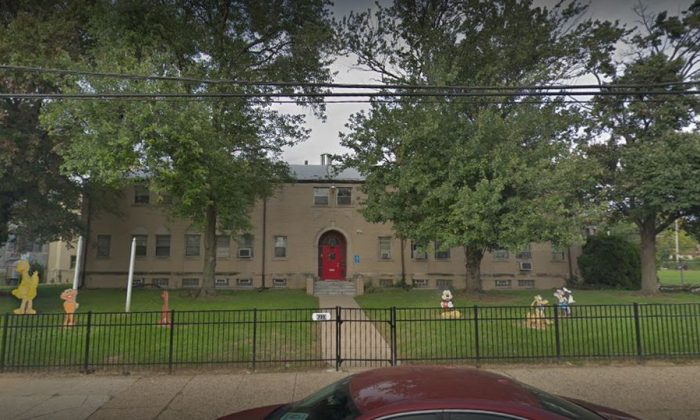 At 9:20 a.m. on May 14, police responded to a call from Saint Cyprian Children's Center at 6223 Cedar Avenue in Cobbs Creek for reports of a boy acting out of character. They found crack on him. (Google Maps)
US News

A 5-year-old brought 22 bags of crack cocaine to his preschool in Philadelphia on May 14, alarming staff, according to reports.

Police said an investigation is underway as to how the child obtained the drugs. Authorities said they are investigating the boy’s father, who is a 27-year-old from Darby, 6ABC reported.

At 9:20 a.m. on May 14, police responded to a call from Saint Cyprian Children’s Center at 6223 Cedar Avenue in Cobbs Creek for reports of a boy acting strangely. Officials were told he was hiding something in his pocket.

The boy was found to have a clear plastic bag containing 22 purple zip lock bags of crack cocaine in the pocket, the report said.

The person who gave him the crack told him to keep the drugs hidden, the boy allegedly told a teacher, 6ABC reported.

NBC Philadelphia reported that it was allegedly the boy’s father who told the child to keep the bag in his pocket and not take it out. The drugs weren’t given to any other children.

“I feel like it’s just the parents’ fault,” a father of a child at the daycare center told the NBC affiliate

He added, “We’ve got to do better with raising our kids. We have to be more responsible about what we’re doing in our own homes instead of worrying about what’s going on outside of them.”

The Archdiocese of Philadelphia released a statement about the matter, saying its staff are working with police.

“The aide reported the matter to an administrator, who immediately called 911. Police responded to the call and determined the substance in the bag to be crack-cocaine. Law enforcement secured the bag and removed it from the premises. Staff and administration from the Children’s Center have cooperated fully with police during the course of their investigative work throughout the day and will continue to do so,” the statement read, according to the Philly Voice.

It added: “Information regarding this matter was communicated to all families served by the Children’s Center earlier today. We are grateful to the Philadelphia Police Department for their swift response and their ongoing partnership with us in maintaining safe environments for the children and young people entrusted to the care of the Church and her various ministries.”

The identities of the boy and his father were not disclosed. Other details about the case are not clear.

In Brazil, police last month was taken into police custody after it apparently warned his drug-dealing owner when police were about to raid, according to The Independent newspaper.

“He must have been trained for that,” a police officer involved in the operation told the outlet. “As soon as police got close, he began shouting.”

The parrot was placed in a cage in a police station.

“So far it hasn’t made a sound,” a local journalist said.

The parrot was later taken to the Teresina Zoo. Its owner had been busted before for drug trafficking, and her husband was arrested during the drug raid after police found crack cocaine at his home.

Drug addiction is a serious problem that affects people from all walks of life, but help is available at all hours of the day. Drug abuse hotlines are an excellent place for people with questions about addiction and potential treatment.

Drug treatment advisors are available 24 hours per day, seven days a week by calling 1-888-744-0069 or by visiting Drugabuse.com.