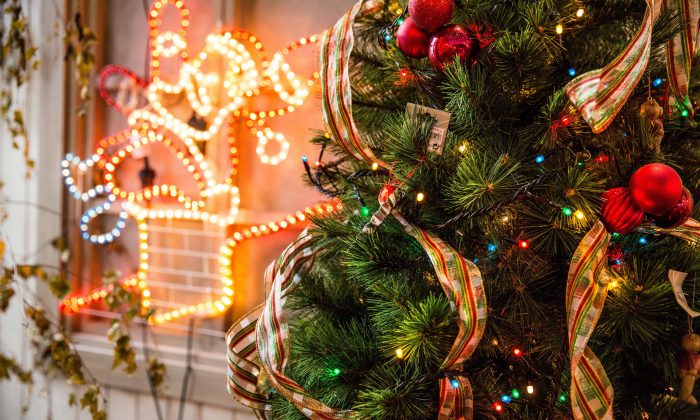 A 5-year-old boy called 911 to report that the Grinch was stealing Christmas.

TyLon Pittman, from Mississippi, decided to pick up the phone and make the call after he watched videos about the green creature online.

But instead of dismissing the boy’s call as a prank, local police officer Lauren Develle turned up at his home to reassure him that the Grinch won’t be ruining Christmas.

“I can NOT make this up!!! My five-year-old brother called the police and said that the Grinch is stealing people’s Christmas and he does not want him to steal his, so they really came to our house!” wrote the boy’s brother, TeDera, in a Facebook post.

Officer Develle of the Byram Police Department responded to the call on Saturday night, Dec. 16.

“Our dispatcher posted a status on Facebook that she had received a call from a little boy … and he told her he thought the Grinch was going to be coming to steal his Christmas,” she told the Clarion Ledger. “I asked her to send me his address.”

“The Grinch is not going to come steal your Christmas. I won’t let that happen,” Develle assures TyLon, in a video posted on Facebook.

She then asks him: “So what are you going to do if he tries to steal your Christmas?”

He replies: “I want y’all to come back to my house and take him to jail.”

TeDera’s mother says, “You thought the Grinch was gonna steal Christmas for real?”

Aspiring police officer TyLon explained to the Clarion Ledger what he’d do if he came across the green character:

“I’m going to say, put your hands behind your back and get down on the ground, then when he gets on the ground, I’m gonna say, ‘Why are you stealing Christmas?'”

Develle told the news outlet that she grew up loving the Grinch movie.

“I kind of find it really funny… Every Christmas morning, my dad wears these Grinch pants,” she said.

She added, “It’s his favorite movie. Growing up seeing the Grinch every Christmas was my favorite thing.”

His mother Teresa Pittman didn’t believe her son when he said he called the police on the Grinch, until she heard a knock at the door, according to the Daily Mail.