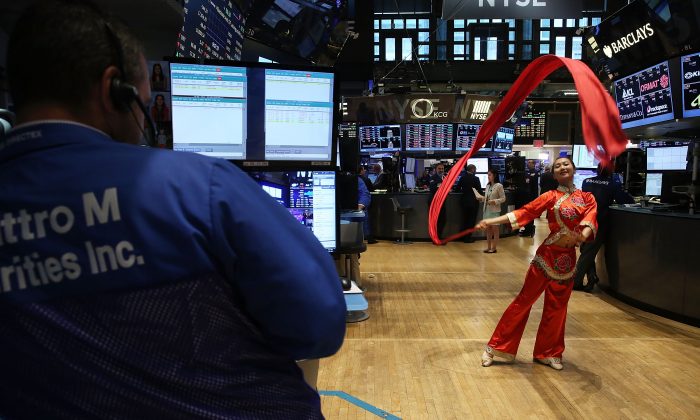 5 Ways the US Is More Competitive Than China

China’s economy must be more competitive than that of the United States; after all, they sell more goods to us than we sell to them.

The World Economic Forum (WEF) challenges this singular view of competitiveness, which it defines as “the set of institutions, policies, and factors that determine the level of productivity of an economy, which in turn sets the level of prosperity.”

According to the WEF research, it turns out that the United States has the edge in nine categories (rank out of 140 countries is shown in brackets). Let’s look at the most important ones to compete in the 21st century.

This section examines the country’s  legal and administrative framework, both public and private. Does the rule of law prevail? Are government officials and companies corrupt? Are property rights protected?

The United States does better here than China but barely makes it in the top quintile. Ironically, the low ranking (60) of security (reliability of the police, business cost of terrorism) drags down the quality of public institutions whereas private institutions rank in the top decile (15) for accountability (reporting standards, investor protection).

Security is also dragging down China’s public institutions ranking (70), and it ranks bottom third for accountability of private institutions (97).

The WEF thinks labor markets are efficient if workers can move from one activity or job to another with little friction and the economy is based on meritocracy rather than corruption. Is it easy to hire and fire? Are workers rewarded according to their value-added?

According to the WEF, China’s labor market is quite rigid. In ranks 81 in flexibility of hiring and firing and the effect of taxes on employment. Surprisingly, it ranks 26 in the efficient use of talent, which looks at pay and productivity and the capacity to retain talent.

Nothing compared to the United States, though, which is second only to Switzerland regarding the efficient use of talent and ranks 8 in terms of labor market flexibility.

WEF: “This pillar measures secondary and tertiary enrollment rates as well as the quality of education as evaluated by business leaders. The extent of staff training is also taken into consideration.”

The United States shares first place with six other nations that all get a 7 out of 7 for the quantity of education. When it comes to quality, it is still ranked 18 and 14 for on-the-job training.

China is ranked 54 for on-the-job training, 52 for the quality of education, and 77 for the quantity.

Are companies able to develop cutting-edge products and technology rather than just copying others? Are both public and private sectors supporting an environment that fosters these activities? How much does the private sector invest in research and development (R&D)?

The United States ranks highly across all subsections, but the quality of its scientific research institutions (2) and the collaboration between businesses and universities (2) stand out.

China is relatively high up the ladder when it comes to the government procurement of advanced technology products, although in this case their origin may be rather dubious. The country only ranks 49 in the general category “capacity for innovation.”

WEF: “The technological readiness pillar measures the agility with which an economy adopts existing technologies to enhance the productivity of its industries.”

China ranks low across the board, like in the general availability of the latest technologies (95) and Internet use and availability (76).

The United States also has room for improvement. It ranks 20 in Internet use and availability, but 8 in technological adoption of the latest technologies.