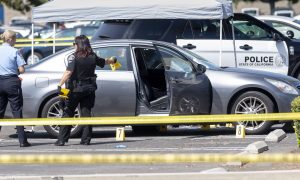 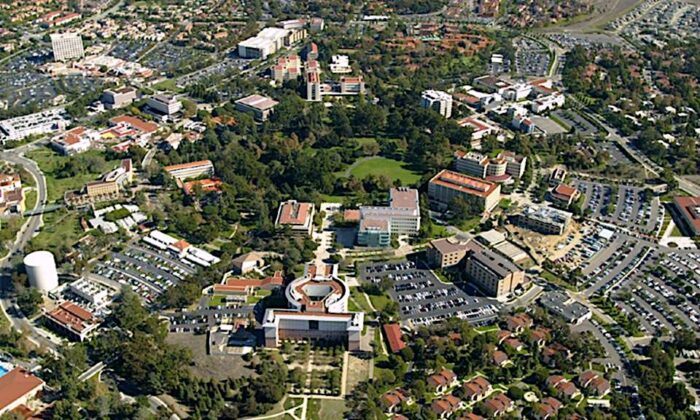 After 18-year-old Noah Domingo died earlier this year from alcohol poisoning while drinking with members of his University of California, Irvine fraternity as part of its “Big Brother Night,” five members of the fraternity were charged and are awaiting trial later this month.

There was no evidence of hazing in connection with the death on Jan. 12, a press release from the Orange County District Attorney’s Office confirmed. The death is believed to have occurred at the fraternity’s off-campus house.

“We remain saddened by Noah’s tragic death earlier this year. It caused the UCI community to reflect on the dangers of underage drinking and to commit to preventing another such tragedy from occurring again. As a result, UCI empowered a task force to identify and institute a wide range of steps to promote whole-person health and well-being for every member of our campus community. This is our pledge to Noah,” UCI spokeswoman Sheri Ledbetter told The Epoch Times.

A toxicology test showed that Domingo’s blood alcohol level was 0.33 percent at the time of his death and that there was no evidence of any other substances in his system, said the Orange County Sheriff’s Department in March.

Domingo was a freshman at UC Irvine and was a biology major aiming to study kinesiology and become an NBA trainer, his father said in a statement to KABC in January.

All five have been charged with a misdemeanor charge of violating the Irvine Municipal Code for allowing a party or gathering where underage drinking is permitted, read the press release.

Sigma Alpha Epsilon was placed on interim suspension by UC Irvine following the incident amid the ongoing police investigation.

The fraternity’s national headquarters also suspended the Irvine chapter during its own review of the incident.

“Sigma Alpha Epsilon Fraternity remains heartbroken by the death of our UCI brother, Noah Domingo, and we continue to send our warmest thoughts and condolences to his family, friends and the UCI community. The Fraternity does not comment on legal proceedings and we have no additional statement at this time,” SAE Director of Communications Johnny Sao told The Epoch Times.

Orange County District Attorney Todd Spitzer expressed disappointment that the state did not allow more stringent charges in the case.

“Unfortunately, current law prevented prosecutors from filing anything more than a misdemeanor in this case. The furnishing of alcohol to a minor that results in great bodily injury or death should be a felony, and the Orange County District Attorney’s Office is pursuing legislation to make that change,” Spitzer said in the press release.

“Current California law mandates that the furnishing of alcohol to a minor resulting in great bodily injury is punishable by a misdemeanor. The Orange County District Attorney’s Office is currently pursuing a change in the law to change that punishment to a felony,” Kimberly Edds, a representative from the DA’s office told The Epoch Times.

An arraignment hearing for the five young men is scheduled to be held on Nov. 21 at 8:30 am at the Harbor Justice Center, Department H8. Deputy District Attorney Matt Plunkett of the Special Prosecutions Unit will be prosecuting the case.