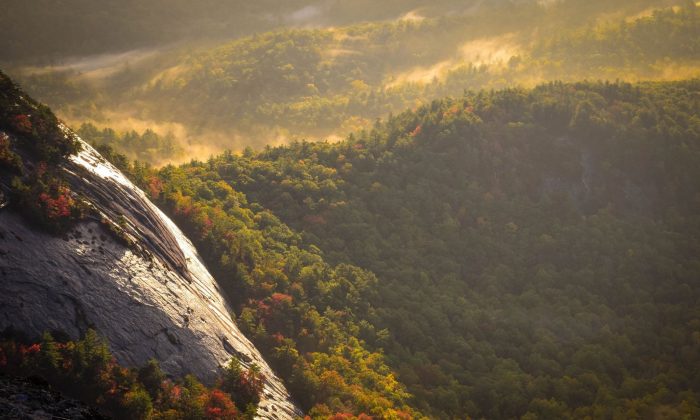 5 Trends That Will Define the World’s Forests in 2016

The past year has been a momentous time for the world’s forests, with both good and bad news. Fasten your seat belts, because 2016 promises to be another roller-coaster ride.

Here I highlight five factors that could have a big impact on forests this year. For further discussion, see this insightful analysis by environmental journalist Rhett Butler.

The ripple effects from China’s slowing economy could be huge for forests. China has been an aggressive driver of mineral, fossil fuel, and timber exploitation, especially in developing nations across the Asia-Pacific, Latin America, Africa, and Siberia. It has pushed hard for road and infrastructure expansion into many remote wilderness regions—projects that have often opened a Pandora’s box of environmental problems for forests and wildlife.

With prices for many natural resources falling, forests could get some respite in 2016. Conservationists need to use this breathing space to create new protected areas and promote land-use planning in environmentally critical regions.

Africa, in the midst of a mining and road-building frenzy, is a particularly high priority.

The fire-breathing “Godzilla” drought ain’t dead yet—far from it. The unusual Pacific Ocean conditions feeding this monster are still strong. This could lead to serious droughts and fires in South and Central America and the Asia-Pacific region.

Indonesia, in particular, has been reeling from the drought, with massive forest and peat fires that have had much of Southeast Asia gasping for air. On a daily basis, Indonesia’s fires belched out as much carbon as the entire U.S. economy.

If China’s economy is cooling off, then Brazil’s once-promising economy is entering an Ice Age—a remarkable downturn for a nation so rich in land and natural resources.

It’s hard to predict how this could affect rainforests like the vast Brazilian Amazon and the critically imperiled Brazilian Atlantic Forest, a global biodiversity hotspot that has been massively reduced and fragmented.

On the one hand, Brazil’s currency, the real, has fallen dramatically in value. That means that its export commodities such as timber, soy, beef, oil, and minerals will be more competitive internationally—potentially promoting more forest exploitation.

On the other hand, domestic and international investors tend to be cautious in a slowing economy. New infrastructure and land-exploiting projects, such as a slate of planned mega-dams in the Amazon and elsewhere, may well slow down.

It’s hard to call this one. The imploding economy may well lead to the political demise of Brazilian President Dilma Rousseff, who generally has been pro-environment.

For instance, Rousseff did everything she could to staunch recent efforts to weaken Brazil’s Forest Code—a legal framework that’s been crucial for protecting the nation’s forests. Over the last decade, annual deforestation rates in the Brazilian Amazon have fallen by more than 75 percent, but rural and industrial lobbies have incessantly attacked the government land-use controls that have helped make this reduction possible.

A remarkable development in the last two years is that scores of corporations producing or using oil palm, wood pulp, soy, beef, and other commodities have declared their intent to halt or sharply curtail forest destruction. Pressures from eco-conscious consumers and environmental NGOs have been a key driver of this trend.

Overall, this has been a hugely positive step. However, Indonesia and Malaysia—which collectively produce around 85 percent of all the world’s palm oil—appear determined to stop or erode zero-deforestation agreements for corporations working there.

Bottom line: they want to continue clearing large expanses of native forest for oil palm and industrial wood-pulp plantations, and the zero-deforestation agreements are getting in the way of this. Indonesia alone plans to fell another 14 million hectares of native forest by 2020.

This is truly a critical issue to watch. If corporations start to backslide on their zero-deforestation agreements, then conservationists are likely to let them know—loudly and emphatically—that they’re doing the wrong thing.

5. The Paris Climate Accord

I attended the recent Climate Convention in Paris, where there were two key developments relating to forests.

There’s no question that this is good news—though it’s time to stop talking and start acting.

In particular, wealthier nations such as the United States, Japan, and Australia must amp up their funding for REDD initiatives, especially in the tropics.

Secondly, the world’s nations agreed in principle to limit global warming to 2 degrees Celsius—and to strive for an increase of just 1.5 degrees Celsius. It’s wonderful that nations have made this broad commitment, but actually achieving it is going to be a tremendous challenge.

There’s no time for complacency. The Paris Agreement will only be effective if it’s followed by concerted actions by nations to reduce their carbon emissions and conserve forests.

Conserving and regenerating forests really is one of the smartest things we can do for our planet’s health.

For one thing, protecting large expanses of forest makes these biodiversity-rich ecosystems much more resilient to future climate change.

Forest tracts that span large gradients in rainfall, elevation, and other environmental factors give species the opportunity to migrate or find local refuges during heat waves, fires, storms, and other extreme weather conditions.

Protecting and regenerating forests could also have a huge impact on the global climate. Forests cool the Earth’s surface while emitting trillions of tons of water vapor that generates much of the planet’s rainfall.

But most of all, forests can rapidly absorb and store a great deal of carbon. It has recently been estimated that a concerted effort to halt tropical deforestation and regenerate forests on degraded tropical lands could get us halfway to our global goal to reduce carbon emissions over the next 50 years.

As we follow the dramatic events unfolding for the world’s forests in 2016, we should bear in mind just how vital these imperiled ecosystems are for all of us.

Bill Laurance is a distinguished research professor and Australian laureate at James Cook University in Australia. This article was originally published on The Conversation.