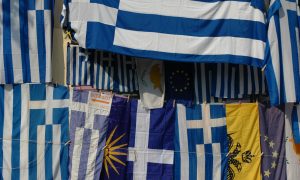 Greece: Why There Can Be No Winners in the Grexit Game
0
Share Now
TelegramFacebookTweetEmailTellMeWeReddit
Copy Link 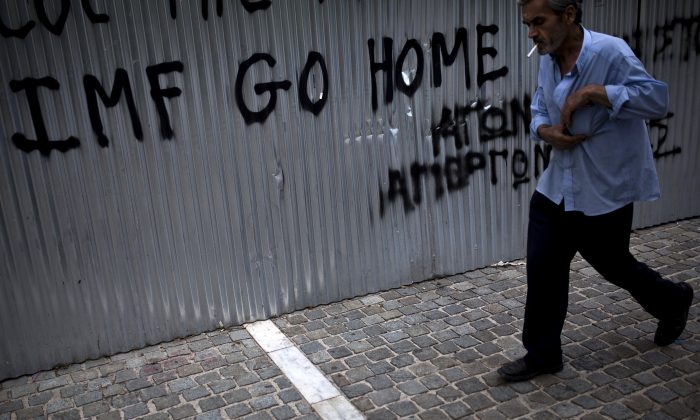 As negotiations go down to the wire, the IMF is once again being cast in the role of dictator. It is the enforcer of controversial structural reforms to a country experiencing severe economic distress, the social consequences of which have been disastrous over the last seven years. In many ways, however, the IMF is used as a scapegoat for promoting unpopular policy choices by the elected politicians and unelected bureaucrats of the eurozone who are well aware of the organization’s fundamental commitment to favoring fiscal consolidation.

Greece: Why There Can Be No Winners in the Grexit Game

As the June 30 deadline approaches for Greece’s 1.5 billion euro debt repayment, here are the five key things to know about the IMF’s position.

Keeping the eurozone together is a paramount concern for IMF negotiators. They will therefore almost certainly not recommend that Greece consider taking the nuclear option of abandoning the euro, which would be the likely result of defaulting on its debts.

This is because of the risk of systemic instability. And also because of the potential for eurozone rules to act as an external constraint on future economic policy choices in Greece—which the IMF has long seen as in need of further structural reforms and greater fiscal discipline.

Keeping the eurozone together is a paramount concern for IMF negotiators.

Plus the organization has a long history of exhibiting a status quo bias whenever it has been faced with the possibility of regional monetary disintegration, such as in the case of the ruble zone during 1991–1993.

The IMF is acutely aware of the reputational costs it faces if it is blamed for a sovereign default by Greece—let alone if Greece is eventually forced out of the euro. Here, the stakes involved with the terms of the Greek bailout, and whether or not Greece remains in the euro, differ markedly for the IMF compared with its Troika partners, the European Central Bank and the European Commission.

After the IMF took the lead in coordinating a multilateral response to the Asian financial crisis in 1997–1998 it shouldered most of the blame for policy mistakes that inflamed the crisis. This motivated many countries to shun the organization over the next decade until the onset of the global financial crisis in 2008.

There can be no real winners from the high stakes poker match among Greece, the EU, and the IMF that has been running since the Syriza-led coalition came to power in January. But how the IMF’s reputation fares in the aftermath of the eurozone crisis will have a significant impact on its future crisis management role, both in Europe and beyond.

This is one of the reasons behind the IMF’s decision in 2013 to publicly admit to making notable errors in underestimating the damage that the initial round of austerity policies in 2010–2011 would do to the Greek economy. This acknowledgement helped to place a small amount of distance between the IMF’s position and the apparent commitment of EU leaders to austerity-at-any-cost, while reducing the potential for the IMF to be used as the scapegoat for mistakes also made by its Troika partners.

A concern with protecting its reputation is also why the IMF has been at pains to emphasize in press briefings that it has pushed for “social fairness and social balance” in the design of reforms to the Greek pension system.

There can be no real winners from the high stakes poker match among Greece, the EU, and the IMF.

How flexible the IMF will be in reaching a compromise with the Greek government depends in large part on how it assesses Greece’s commitment to implementing structural economic reforms.

Over the five months since it was elected, the Syriza government has demonstrated little or no political will for implementing major overhauls of the pensions system and the tax system, which are key concerns for the IMF.

A broader issue here is the IMF’s principle of “uniformity of treatment” for borrowers. There will inevitably be internal debates over how much the IMF should compromise with Greece over its bailout terms. But this principle constrains how flexible the organization can be seen to be for any individual country, to avoid future borrowers also demanding softer loan conditions such as through looser policy targets or a slower pace of structural reforms.

The IMF’s long-standing views on tax reform also limit its flexibility toward Greece’s recent proposals for tax rises. Here, as in other countries, the IMF is seeking a substantial broadening of the tax base through the expansion and simplification of consumption taxes.

It is concerned that tax increases alone cannot plug the fiscal gap in a country with a notoriously leaky tax system. Though much of Syriza’s proposed changes may increase tax revenue in the short-term, the IMF is more interested in structural reform of the tax system that can help in shaping long-term policy.

In the meantime, cutting public spending in Greece, from the IMF’s perspective, is both easier for the government to achieve as a stopgap solution and is a better indicator for the country’s creditors of the government’s political commitment to implementing painful reforms.

During the four years that former French Finance Minister Christine Lagarde has served as the IMF managing director, her public comments on Greece have gradually moved toward recognition of the need for debt relief. This is a significant shift from the organization’s official position in 2010–2011, and has expanded the negotiating space available to the IMF. Meanwhile it has placed pressure on its Troika partners to deliver some form of debt relief down the track.

Yet despite growing acknowledgement that debt relief will need to be part of any long-term agreement to achieve fiscal stability in Greece, this is only likely to be formally placed on the negotiating table after the government first agrees to a comprehensive package of structural reforms.

As the negotiations over Greece’s economic future enter the end game, the chasm between the debtor country and its creditors remains both wide and deep. The carrot of debt relief is only likely to materialize once substantial progress is made on implementing the structural reforms that have been deemed unacceptable by Greece’s Syriza government.

It is hard to imagine how a workable long-term solution can be fudged at this stage of the process. This would need either the creditors relaxing their demands for continued austerity or the government caving in and accepting the structural reforms it campaigned against in the election in January. The former is highly unlikely, given the signal this would send to other economies. The latter seems equally unlikely and if it happens might result in the collapse of the government and fresh elections, starting the messy process of muddling through negotiations all over again.

André Broome is an associate professor of international political economy at the University of Warwick in the U.K. This article was previously published on TheConversation.com