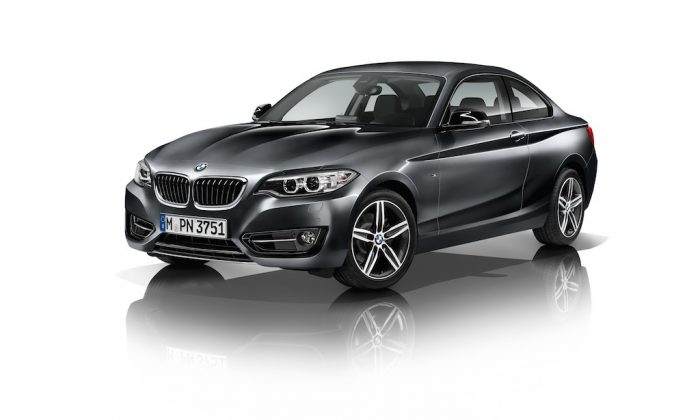 The M 235i is the preliminary top model of the new series of 2. Technically it is closely related to the 1 Series, yet it is eleven inches longer, a little flatter and especially wider.

Designed to challenge the Audi S-line in price, the 2014 BMW M235i captures the essence of BMW’s high-performance models in a less-expensive car without being a real M-model. Confused? So are most people.

The M235i comes with a 320-horsepower, turbocharged 3.0-liter six-cylinder engine achieving 330 pound-foot of torque. The M235i accelerates from 0 to 60 mph in 4.8 seconds and has an electronically blocked top speed of 130 mph.

5 Things to Know About the BMW M235i the German Carmaker Won’t Tell You:

BMW hasn’t confirmed it and indeed won’t even discuss the possibility. But somebody let it slip that the M3/M4 running gear fits into the F22 2 Series body with no changes. Given that no one has stopped pining for a 1 Series M Coupe, which was a 1 Series with M3 running gear, we’ll bet ya $50 there’s going to be a repeat performance. So that said, let’s not pretend the M235i is an M car.

4) A Dash With an Inferiority Complex

The M235i displays “M235i” on the LCD of its gauge cluster at all times. And it has horsepower and torque gauges in the center screen. But it has no way of telling you that the oil is so cold it has ice crystals in it. Or, on the other hand, that the engine oil is hot enough to fry a turkey. You have no way of knowing when launch control is going to work. Go to the racetrack, and half the time, the dash says “Launch Control Active,” but the car performs a seven-second 0–60. Which we can only presume is because the engine is hot. But we’ll never know now, will we?