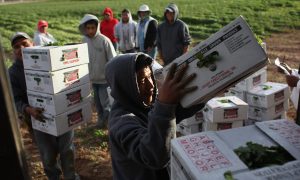 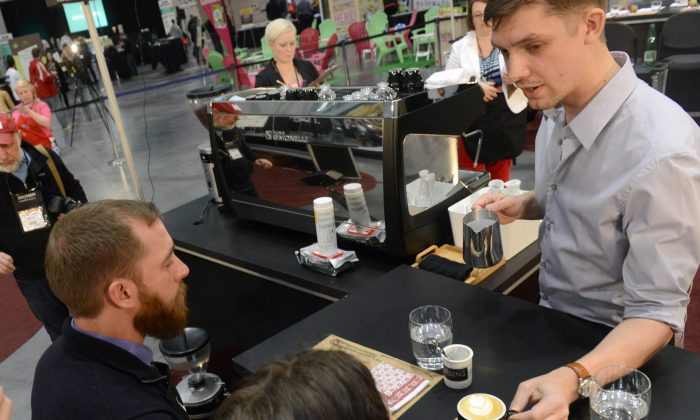 5 Reasons Why Prospects for Jobs, Wage Gains Are Dimming

On Friday, the Labor Department is expected to report the economy added 247,000 jobs in March, according to the consensus published by the Wall Street Journal. That is down from 295,000 in February and 324,000 during the fourth quarter. And Wednesday’s ADP jobs report, which covers only private sector jobs (and is frequently a bit off base when compared to official BLS numbers) found that private payrolls rose by 189,000 in March, the smallest increase since January 2014.

Wages, for all but the most skilled professionals, continue to advance only slowly, and going forward good paying jobs and pay raises will likely be even scarcer for struggling middle- and working-class Americans.

The headline unemployment rate is down to 5.5 percent, from the recession high of 10 percent, largely because fewer adults are participating in the labor force—for example, the 7 million men ages 25 to 55 who neither have a job nor want one.

Were the same percentage of adults working or seeking work today as when President Obama took office, the unemployment rate would be 9.7 percent.

Here are five reasons jobs and wage growth are likely to be disappointing the balance of 2015 and in 2016.

The dollar is up relative to the euro and yen, making U.S. goods and services more expensive than competing products from Germany and Japan. Along with the impact of falling oil prices on U.S. drilling activity, that discourages business investment.

So far, consumers have been hesitant to spend the windfall from lower gas prices. Retail sales have plunged in recent months, and business activity simply will not support adding a lot of new workers.

Advances in robotics, logistics, and production design should permit productivity to advance at about 2 percent annually. If U.S. companies don’t find ways to use workers more efficiently, they will lose more ground to foreign competitors who do.

Consequently, forecasters such as those at Wells Fargo expect employment gains to trend downward to about 215,000 a month this summer and below 200,000 a month in 2016, leaving workers with less bargaining power in salary negotiations.

Hundreds of thousands of college graduates continue to work in jobs that historically did not require a degree, but many of those bachelor’s degree-holders may be well-placed as Starbucks baristas. Tests administered by the Council for Aid to Education indicate that 40 percent of recent graduates are not proficient in the basic problem-solving skills normally associated with a college education. Hence, they may not be worth much more to employers than the $10 or $15 an hour paid to many high school graduates.

Many businesses complain about difficulties finding workers with the skills they need.

Although the United States has a world-leading network of science and engineering colleges, too few Americans are enrolled in those programs. Two-year community colleges are not training enough young people for the technical jobs in high demand, and too many community college students instead are preparing to transfer into four-year college liberal arts programs.

5. Too Many Americans in the Wrong Places

Urban areas have recovered all the jobs lost during the financial crisis and added another 3 percent, whereas employment in rural areas is still down by an equal amount.

Workers in rural areas often lack the skills demanded by the better-paying service industries centered in cities, such as finance, technology, and media, and they simply can’t afford to relocate to high-cost urban centers for $10 to $15 an hour jobs in the restaurants, dry cleaners, and health clubs that cater to highly paid service workers.

For the balance of this year and next, U.S. GDP growth should continue to inch along at a 2.5 percent to 3 percent pace. The economy will reward the top 10 percent of workers in engineering, finance and other elite services, but too many other Americans lack the skills to earn the $25 or $30 an hour needed to sustain a middle class lifestyle, and live in places where jobs of any kind remain scarce.

Peter Morici, professor at the Robert H. Smith School of Business at the University of Maryland, is a recognized expert on economic policy and international economics. Previously he served as director of the Office of Economics at the U.S. International Trade Commission.