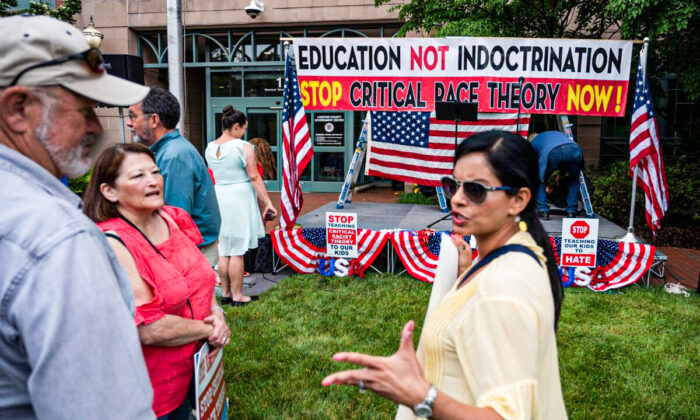 People talk before the start of a rally against "critical race theory" (CRT) being taught in schools, at the Loudoun County Government center in Leesburg, Va., on June 12, 2021. (Andrew Cballlero-Reynolds/AFP via Getty Images) 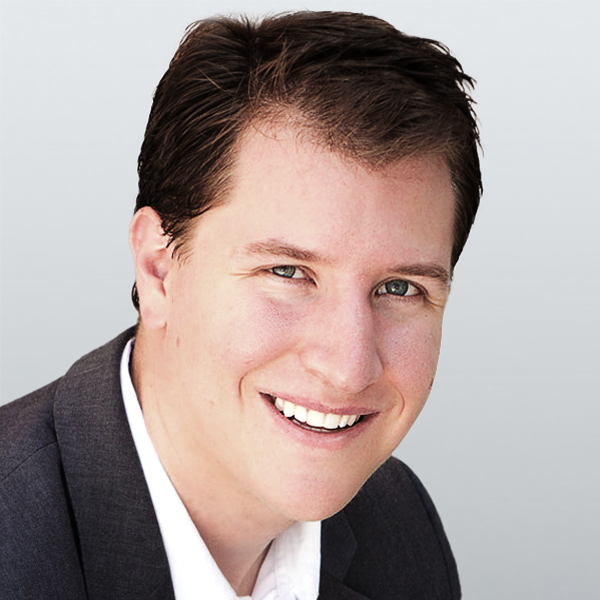 Prominent defenders of critical race theory (CRT) frequently struggle to understand why well-meaning parents might not want this ideology taught in schools.

In an interview with Time magazine, for instance, Harvard University researcher Donald Yacovone, author of “Teaching White Supremacy: America’s Democratic Ordeal and the Forging of Our National Identity,” said of the backlash against CRT: “One of the major reactions is this resistance to the teaching of the past. … Slavery is real. Racial domination is real. But they’re doing their best to deny it, to affirm the innocence of whiteness.” He seems to think that folks who reject CRT just don’t want the next generation to learn about things like slavery and Jim Crow.

The truth is, there are tons of reasons that well-meaning Americans across the political spectrum are rejecting CRT. Here are five big ones:

Prominent critical race theorists explicitly reject the philosophy of individualism. Robin DiAngelo, perhaps the most famous CRT advocate in the United States owing to the blockbuster success of her book “White Fragility,” says that the “[ideology] of individualism” is deeply flawed. According to her, individualism is mistaken because it “holds that we are each unique and stand apart from others, even those within our social groups.” DiAngelo and other CRT advocates see a world in which we’re defined by our immutable characteristics: our skin color, our gender, etc. If we have any individuality outside of those traits, it’s very small.

It’s hard to imagine a more anti-American ideology. In their essay “Individualism: A Deeply American Philosophy,” my colleagues Dan Sanchez and Patrick Carroll lay out how individualism is baked into our national DNA. The United States was the first country to emphasize human rights and limited government; for most of history, people were just seen as interchangeable tools for monarchs to use as they saw fit. Prominent individualists have shaped and defined America, from Henry Ford to Steve Jobs. Our biggest civil rights gains came from men such as Martin Luther King Jr., who envisioned a future where his grandchildren would be seen as individuals first rather than be judged by the color of their skin. Now we’re supposed to jettison all of that and go back to a world where we’re all defined by our race and gender?

For supporters of an “antiracist” ideology, critical race theorists say some remarkably derogatory things about minorities. In “Is Everyone Really Equal? An Introduction to Key Concepts in Social Justice Education,” DiAngelo and co-author Ozlem Sensoy split the country into members of “dominant groups” (white people) and members of “minoritized groups” (nonwhites). According to the authors, the former, “initiates, manages, [and] plans.” By contrast, minorities “lack initiative.”

Perhaps we should be concerned about two white women (both DiAngelo and Sensoy are white) telling us that nonwhite people lack the innate spark required to start and manage projects.

CRT advocates talk endlessly about their concern for helping minorities—but their actual solutions just function to keep oppressed people down. In “Is Everyone Really Equal?” DiAngelo and Sensoy reject “the idea that people are free to make independent rational decisions that determine their own fate.” They say that this kind of attitude just gives minorities false hope.

The problem with this is that taking responsibility for your own life is actually powerful. Psychologists refer to this as an internal locus of control. Psychology teacher Kendra Cherry lays out some of the benefits of this mindset: “If you believe that you hold the keys to your fate, you are more likely to change your situation when needed.”

“Conversely,” she says, “if you think that the outcome is out of your hands, you may be less likely to work toward change.”

For some CRT advocates, our American tradition of limited government and separation of powers gets in the way of their antiracist goals and needs to be curtailed. Ibram X. Kendi, author of the bestselling book “How to Be An Antiracist,” calls for a new “anti-racist amendment to the U.S. Constitution.” This amendment “would make unconstitutional racial inequity over a certain threshold, as well as racist ideas by public officials.”

Even more concerningly, the amendment would “establish and permanently fund the Department of Anti-racism (DOA) comprised of formally trained experts on racism and no political appointees.” The “DOA” would “be responsible for preclearing all local, state and federal public policies to ensure they won’t yield racial inequity,” “monitor public officials for expressions of racist ideas,” and even have the power to “investigate” private companies that behaved in insufficiently anti-racist ways. That is: Kendi wants to give a board of unelected bureaucrats ultimate power over our laws, our public officials, and even private citizens, in order to force society into whatever form he and his supporters desire. It’s hard to imagine a more totalitarian vision.

For many critical race theorists, the goal of getting CRT into schools isn’t to better teach children how to think: it’s to create a generation of young activists willing to fight for CRT causes. In “Is Everyone Really Equal?”, DiAngelo and Sensoy openly admit this: To them, “education is a political project.” In their article “Yes, Critical Race Theory Should Be Taught In Your School,” scholar-activists Theresa Montaño and Tricia Gallagher-Geurtsene go further. They praise CRT for, “[engaging] students in social activism to defy majoritarian supremacy.”

Given some of the terrible ideas that CRT advocates endorse, we should be especially leery of their efforts to take over schools. Their goal isn’t to educate students in the traditional sense. It’s to create a new generation indoctrinated in these bad ideas.

The bottom line is that there’s a lot more to CRT than just combating racism. Be wary of anyone who tells you otherwise.