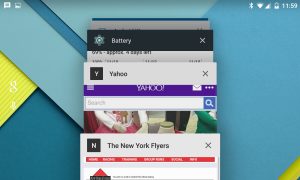 5 Old-School Android Phones That Are Still Awesome to Use

The life of a smartphone is typically very short and it seems like even the hottest Android phone will seem obsolete after only a year. With this in mind, members of Reddit’s Android community have put together a list of Android phones that have stood the test of time and are still great to use. We’ve listed the top results below by the number of up votes they received.

DON’T MISS: HTC One M9: New leak includes images, specs and everything else you need to know

The Galaxy S III is the top choice here and with good reason. This was Samsung’s breakthrough hit phone that propelled the company to the top of the Android smartphone world. Although Samsung has had great Android phones since — particularly its Galaxy Note line of devices — the Galaxy S III remains a landmark device.

It’s a little weird to think of this as an “old-school” device since it did just come out a year-and-a-half ago. However, we feel confident that the Nexus 5 would have made similar lists in 2017 as well since it’s the best phone ever made for delivering the experience of “pure” Android unfettered by OEM or carrier bloatware. This is basically the closest thing to a straight-up Google Phone ever made.

This is our first major surprise on the list, if for no other reason that the HTC HD2 shipped with the completely obsolete Windows Mobile 6.5. One Redditor, however, says that he’s modified the phone to run both Android 4.0 Ice Cream Sandwich and Windows Phone 8.1, which is pretty impressive for a phone that came out all the way back in 2009.

We get the feeling, however, that most people who bought the HD2 haven’t gone to such great lengths to keep it alive.

This pick, however, isn’t all that surprising since it’s essentially a smaller version of the Nexus 5 that would come out one year later. This phone was so great in its day that our own Boy Genius summed up his love for it in a four-word hands-on preview that simply read, “I love this phone.”

This was one of the most highly acclaimed phones released in 2013 and with good reason — the One (M7) is an absolutely gorgeous piece of hardware highlighted by an aluminum unibody that really showed HTC to be one of the best Android smartphone designers on the planet.