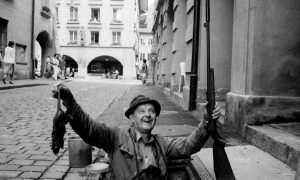 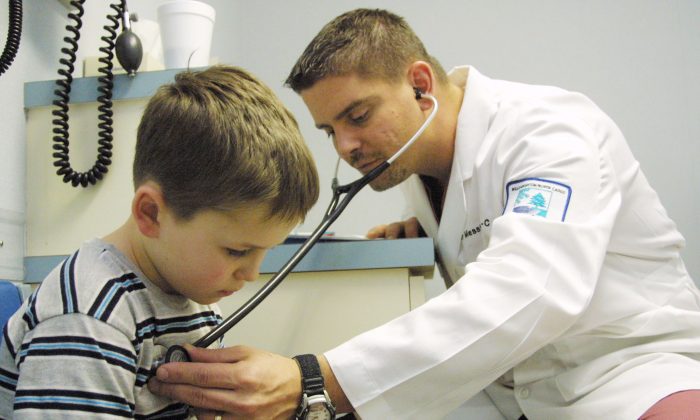 A young boy is examined by a physician's assistant in Vivian, La., in this file photo. (Mario Villafuerte/Getty Images)
Life & Tradition

BLS data show that many of the fastest-growing fields offer attractive salaries.
By Jon Miltimore

The U.S. Bureau of Labor Statistics (BLS) recently offered a 10-year economic forecast that outlines what economists predict the job market to do over the next decade.

While trying to predict the economic future can be tricky, the forecasts can be instructive, particularly for young people deciding what kind of career they’d like to pursue.

Many of the largest job gains are expected in the low-skilled fields of personal care and home health assistance, which pay a median wage of about $24,000, news reports noted.

However, BLS data show that many of the fastest-growing fields offer attractive salaries. Here’s a look at five of them.

Over the next decade, the U.S. is expected to add 14,500 new occupational therapist assistant jobs, a 33.1 percent increase, which is well above the national average.

For companies, the increasing number of cyberattacks is a problem. For information security analysts, it’s great job security. These workers install software and create firewalls to protect data networks.

While most employers will ask for at least a bachelor’s degree, a savvy information security analyst can land an entry-level position with some basic certification or by graduating from a cybersecurity boot camp.

The economy is expected to add 13,600 statistician positions over the next decade, an increase of more than 30 percent. They make $87,780, on average.

To become a statistician, you’ll likely need an advanced degree in math or statistics. However, a bachelor’s degree will suffice in some cases.

Nurse practitioners coordinate patient care and may provide primary or specialty care themselves. The economy is expected to add more than 50,000 nurse practitioner jobs over the next decade, an increase of 28.2 percent.

The median salary of a nurse practitioner is $107,030, but to practice, you must have a master’s degree and a state-issued license.

Physician assistants are medical practitioners who work on teams with physicians, surgeons, and other health care employees.

The economy is projected to add some 37,000 physician assistant jobs over the next decade, an increase of 31.1 percent, making growth in this job faster than in most positions. The median annual income of a PA in 2018 was $108,000, according to the BLS.

Physician assistants generally need a master’s degree and a state-issued license to practice.

These five jobs represent a small slice of the overall economy. While BLS data show we can expect many of the fastest-growing careers to come in the areas of health care, computers, and energy, it’s clear that individuals who commit to developing job skills in high-demand fields will find the marketplace rewarding.

Jonathan Miltimore is the managing editor of FEE.org. His writing/reporting has appeared in TIME magazine, The Wall Street Journal, CNN, Forbes, Fox News, and the Washington Times. This article was originally published on FEE.org.