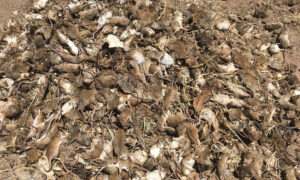 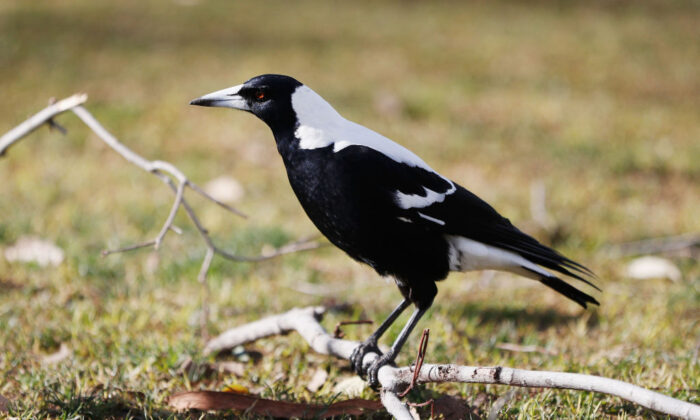 A Magpie is seen on the grounds in Melbourne, Australia, on Jul. 30, 2017 (Michael Dodge/Getty Images)
Australia

A five-month-old Australian baby has died after suffering critical injuries when her mother fell attempting to evade a magpie attack.

On Aug. 8, Baby Mia was with her mother and father in Glindemann Park in the suburb of Holland Park, Brisbane, when they were “swooped” by a magpie.

The mother ducked and fell, injuring the child, while the father called emergency services after.

Mia was rushed to Queensland Children’s Hospital where she died a day later. Multiple ambulance teams attended the scene including a medical director.

One paramedic told the ABC, “[The baby] was presenting with quite a serious head injury from the incident, and she received the absolute best pre-hospital care in a really efficient and timely manner, which allowed us to get her to Queensland Children’s Hospital as quickly as possible.”

The magpie is known in the neighbourhood for aggressively swooping and defending its territory, and complaints had been lodged before.

Magpies in Australia are known to attack passersby during their nesting season, which ranges from August to November, usually peaking in September.

Australians are advised to take precautions around the season, including avoiding the nesting area and dismounting from bicycles. Councils will also erect signs to warn of swooping magpies, and in some instances, will remove the bird.

Relatives of the family have launched a GoFundMe campaign to raise money to cover the funeral costs and give the father and mother, Jacob and Simone, time to process their loss.

“No words can begin to describe the torture Jacob and Simone are going through. A life cut so short, much sooner than any one of us expected. Mia was and forever will be the light of Jacob and Simone’s lives,” the page read.

The Brisbane City Council has removed the bird and promised an investigation, including into how it manages complaints.

“We need to feel safe to be out walking and riding in our suburbs all year round, including in the six-to-eight-weeks of nesting season,” he added.

“This is an extremely tragic accident, and our heart goes out to the family involved.”

Griffith University ecologist Guy Castley told the ABC, “As soon as the chicks hatch, then the males start defending that nest … from any potential threat or predator.”

“It’s only a small percentage of magpies that are swooping. Less than 10 percent.”