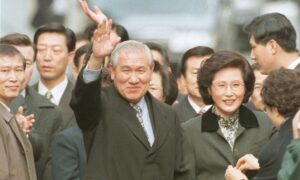 5 killed in crash: Five people were killed when a Mercedes and Lexus crashed into each other southern Florida.

RIVIERA BEACH, Fla.— Five young adults have been killed in a two-vehicle crash on an interstate exit ramp in South Florida.

The Florida Highway Patrol reports that a Mercedes ran a red light as it exited Interstate 95 in Riviera Beach early Saturday and struck a Lexus.

Four of the occupants of the Lexus were pronounced dead at the scene. A fifth died at the hospital. All were between the ages of 18 and 22.

Frith says the driver of the Mercedes was taken to St. Mary’s Medical Center and was not cooperating with investigators.